Indian hackers said Bangladeshi fans started it and we finished it.

MS Dhoni fans, who took sweet revenge after Asia Cup 2016 final match between India and Bangladesh, have now spoken up as to what led them to hack Bangladeshi websites. Some Bangladeshi fans had created an image of Dhoni with Taskin Ahmed holding the head of the Indian captain. Indian fans who were quite adept in hacking websites, hacked 15 Bangladeshi websites in response after their win in the final. Many of these websites belonged to the Bangladesh government. When any surfer logged on to these websites, they were welcomed with a victory song of the Indian team in Hindi. There were some cricket memes as well. They made a daring proclamation in just five words, YOUR CRICKET TEAM IS NOTHING.” The hackers called themselves Kerala Cyber Warriors but they did not reveal their names. Asia Cup T20 2016: Image of Taskin Ahmed holding MS Dhoni chopped off head makes round in social media

In a conversation with BBC Trending the hackers who called themselves Kerala Cyber Warriors gave their side of their story. They sent an e-mail in which they said, “They [Bangladesh fans] started this and we finished it. They went too far in Photoshopping Dhoni’s picture. It went viral and we felt really bad. Their attitude provoked us to do this. We know defacing a site is a crime. But this is payback. Bangladeshi hackers have done the same in the name of cricket. So why can’t Indian hackers do the same? We didn’t delete any data from the websites. We just defaced their home pages. They can easily recover the sites by uploading a default file.” Kerala Cyber Warriors have hacked Pakistani websites as well in the past.  READ: The revenge of MS Dhoni

When Bangladeshi fans had come up with such a gory image feeling that it was a way to show their gesture towards the national team, it was probably not right on their part. In international cricket it is considered demeaning as well as a condemable act towards cricketers. The image was posted by Bangladeshi fan just before the final. This was not the first first time a Bangladeshi fan had posted a picture on social media with regards to Indian cricketers, a similar situation erupted at the time of India-Bangladesh series where Indian batsmen were facing difficulties to play against Bangladesh start bowler Mustafizur Rahman who made his debut in that series. The fan had posted a picture of Mustafizur carrying half-shaved heads of Indian batsmen to show the after effects of Mustafizur deliveries. 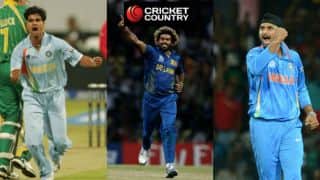 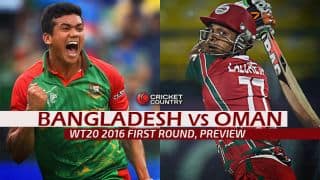