MS Dhoni is one of the finest limited-overs cricketers who has stepped on the planet earth. He has immense reputation and he proved it again. Chasing 206 in Match 24 of the ongoing VIVO IPL 2018, Dhoni’s belligerence guided Chennai Super Kings (CSK) home with 2 balls to spare. Dhoni blasted 7 sixes in his 34-ball 70* against Royal Challengers Bangalore (RCB).

CSK climbed to the top spot in IPL points table. Social media went berserk with the Dhoni show. While some spoke about the nostalgia, Matthew Hayden went to an extent of calling him the “real universe boss”. Here are some of the reactions from the cricket fraternity.

It was a delight watching three amazing batting performances in a single match @ABdeVilliers17 for #rcb and #rayudu and the ever reliable @msdhoni. #RCBvCSK #VivoIPL18

Absolutely superb @msdhoni! This is why you’re known as the best finisher! And a smashing innings from @RayuduAmbati! CSK all the way! #RCBvsCSK #WhistlePodu 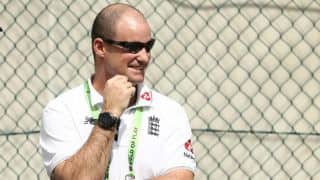 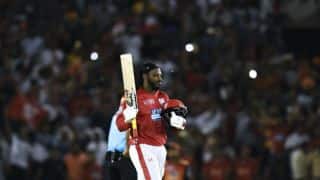