'MS Dhoni: The Untold Story' is set to hit theatres on September 30.

The trailer of India’s limited-overs captain MS Dhoni’s biopic was released on August 11. As expected it created a social media craze and took it by storm. The movie which stars Suhant Singh Rajput as the main lead is set to hit theatres on 30 September and will bring out the story of a man who has changed Indian cricket since his arrival. The launch of the trailer though saw a massive response from Dhoni’s fans as the tweets went out with hashtag #MSDhoniTrailer and many even congratulated Sushant Singh for the successful launch of it. Here is how Twitter reacted to the occasion. ALSO READ: ‘MS Dhoni: The Untold Story’ poster unveiled

Good luck with this MS. Can’t wait to see it https://t.co/5HFrY7BSvI

best wishes to all of you. https://t.co/k2GoC3TENv

This is one film am waiting to see. Most loved captain and a friend @msdhoni https://t.co/Cryec5vI5k

Loved the Trailer Dhoni bhai @msdhoni . Its gonna be bombastic and classy like you!!!looking forward to watch it, Ruuh khush ho gayi!!

This should be really interesting. The trailer of the Dhoni film. Especially given how private he’s been. https://t.co/zQmox0GAIe

Wow! Just wow! What an amazing trailer for MS Dhoni. And @itsSSR has channeled MS flawlessly. Can’t wait to see it. Kudos Neeraj!

The biopic was to release on September 2 but due to certain issues has been postponed to September 30. The director of the film, Neeraj Pandey has suggested that the release has been postponed because the team wants the movie to be presented in the best possible way. The movie has lots to offer ranging from Dhoni’s cricketing career to family and personal life. Apparently, the movie also reveals his love story before he started dating Sakshi. So definitely, lot of excitement is in store. 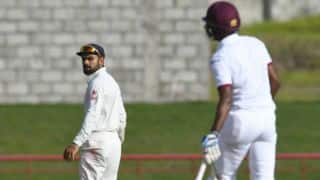 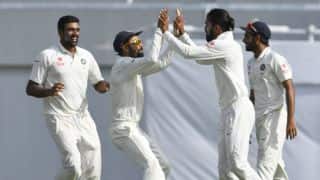