Dhoni has not played international cricket since India's loss to the Blackcaps in the 2019 Cricket World Cup semi-finals in England. India leg-spinner Yuzvendra Chahal on Monday while travelling in the team bus from Auckland to Hamilton for the 3rd T20I revealed that former skipper MS Dhoni was ‘desperate’ to get featured on ‘Chahal TV’, but was not lucky enough.

The fun-loving leggie said that in a jovial manner while he was conducting another episode on ‘Chahal TV’. Dhoni has not played international cricket since India’s loss to the Blackcaps in the 2019 Cricket World Cup semi-finals in England.

During the interview, the Haryana-born spinner also invited pace spearhead Jasprit Bumrah for dinner, to which the seamer said he does not mind. Rahul, who was seated next to the window said that he was enjoying the picturesque country and the ride.

Revealing his love for trekking, Kuldeep Yadav said that he loves the country as it has a lot to offer in terms of that.

Here is the latest episode of Chahal TV posted by BCCI.

MUST WATCH: We get you Chahal TV from the Bus! 🚌

Wicketkeeper Rishabh Pant said that the team was in a good frame of mind after taking a 2-0 lead in the ongoing five-match T20I series. Chahal then asks pacer Mohammed Shami when he made his first tour to New Zealand. Shami says it was way back in 2012, to which Chahal says that time I was still dreaming of playing for the country.

India will take on the hosts in the third T20I at Hamilton on Wednesday and look to seal the series. KL Rahul with consecutive fifties has been the man of the moment for India in this series thus far. 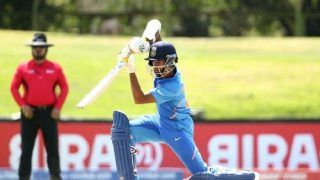