Rahul also top-scored with 48-ball 61 against Sri Lanka in the first T20I at Cuttack.

MS Dhoni finishing skills may have waned a bit but he still adds a lot of value to the side. The knives always hover around him and he has been criticised in recent times whenever he fails to deliver the expectations. However, he has found a lot of support from his teammates. Virat Kohli had told the reporters during the Australia series, Dhoni cannot be judged based on one match.

The latest to join the bandwagon is KL Rahul. Dhoni’s unbeaten 22-ball 39 in the first T20I at Cuttack against Sri Lanka helped India post 180. India went on to register a win by 93 runs, their biggest in the shortest format.

Rahul, who top-scored with a 48-ball 61, addressed the reporters post match. Rahul spoke about Dhoni s brilliance. Dhoni also went on to surpass AB de Villiers to register most dismissals by any player in this format.

MS Dhoni is in great shape

I think he is in great shape, he almost killed me as soon as he came into bat. I don’t know what form you are talking about but every time I switch on the TV or every time I have played with him, he always seems to get the runs. He is somebody we all look up to, he is somebody who is a match-winner and he will always be one.

Every innings is important and with the kind of competition that is in the team, whatever opportunities you get, you need to go out there and make it count, try to do your best and that’s what I did. I tried to keep things simple and I’m very glad that it came off today. It took me a long time to realise that I need to stay true to my game.

On middle-order supporting the top-order

It’s not a bad thing that the top three is scoring runs for any team but yes I think in the last three or four series, the middle order and the lower order have also contributed a lot and that’s why I think we have been successful and winning so consistently. 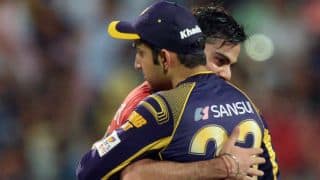 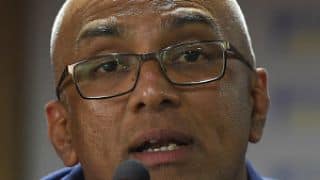