Srinivasan, the former BCCI chief also announced that CSK "will retain Dhoni" during the auction process in 2021, which will be a mega-auction. It is unknown whether MS Dhoni will play again for India, but he will definitely turn out for the Chennai Super Kings in the IPL 2020, vice-chairman and managing director of India Cements, owners of CSK N Srinivasan confirmed Sunday. Srinivasan, the former BCCI chief also announced that CSK “will retain Dhoni” during the auction process in 2021, which will be a mega-auction.

“People keep saying when will he… how long will he play, etc. He will play. I can assure you. He will play this year. Next year he will go the auction; he will be retained. So there is no doubt in anybody’s mind,” Srinivasan said at a recent India Cements event.

Dhoni has been with CSK since the very beginning in 2008 barring the two seasons in 2016 and 2017 when the team was banned in the spot-fixing scandal. Under Dhoni, CSK have won the IPL three times in 2010, 2011 and 2018, while being runner-up five times. A recent report stated that Dhoni wanted the franchise to release him ahead of the auction so they could save money. But with the Right-to-Match card, CSK could always bring their CSK star back.

Dhoni hasn’t played since the 2019 World Cup, continuing to remain unavailable for selections. He was recently left out of BCCI’s list of Central Contracts, adding further fuel to speculations that he might be done. Although coach Ravi Shastri had maintained that he will be back in contention if he has a good IPL.

“If he decides to play, which he will because he will play the IPL, then he will start with a very fresh mind and very clear ideas,” Shastri told India Today in an interview. “Then you’ve got to see form. If he has a great IPL and puts himself into contention that ‘I’m available for selection’, then you don’t fool around.” 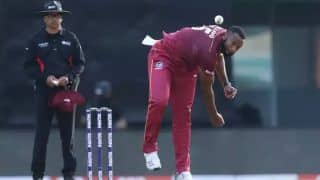 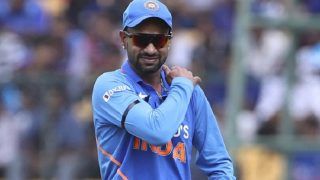