Chennai pulled off yet another victory in a dramatic fashion in the Indian T20 league.

It was Chennai. The venue was Chepauk. This time it was not Dwayne Bravo but a certain Sam Billings who scripted yet another dramatic win for Chennai. His 23-ball 56 snatched the victory from jaws of defeat. Chepauk witnessed run-fest on Tuesday with Kolkata slamming 202 on board. Andre Russell was the catalyst with his sensational unbeaten 36-ball 88.

But the Kolkata bowlers could replicate the success of the bowlers with Chennai’s Shane Watson, Ambati Rayudu, Billings merrily scoring runs at will. Chennai are back to being the table toppers. Although Russell entertained the Chepauk crowd with 11 sixes, it was Billings who was awarded Man of the Match. Here is how both the teams fared after Match 5 of the Indian T20 league 2018:

The massive difference between both sides is clearly visible. Kolkata will look to rectify the errors made by their bowling unit when they take on Hyderabad on Saturday. Chennai, on the other, seem to carry their champions tag on their comeback and will look carry that forward in the next game against Punjab on Sunday.

Player of the Match: Sam Billings 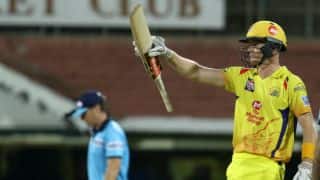 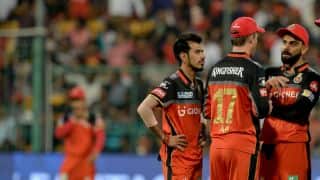