Jackson took to Instagram and shared the fanboy moment that he cannot put to words. 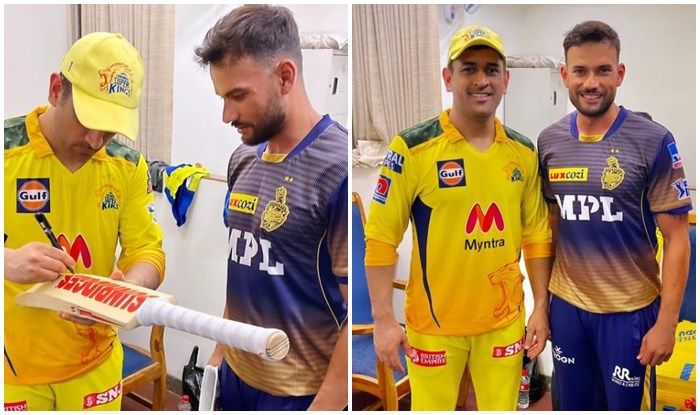 MS Dhoni once again proved why he is the king of hearts! In what has become customary after CSK matches, Dhoni – who led his team to a 19-run win – obliged KKR cricketer Sheldon Jackson’s request as he gave an autograph on his bat after Chennai beat Kolkata in a nerve-wracking encounter at the Wankhede Stadium on Wednesday. Jackson took to Instagram and shared the fanboy moment that he cannot put to words.

This is not the first time fans have seen Dhoni bringing a smile on the faces of young cricketers with his actions. In this IPL itself, Dhoni was seen interacting with Sharukh Khan after CSK beat Punjab Kings. He also obliged with a selfie after Avesh Khan dismissed the CSK skipper for a duck.

Faf du Plessis and Deepak Chahar heroics helped CSK win the match. While Faf scored a breathtaking 95* off 60 balls, Chahar picked up four crucial wickets for 29 runs in four overs. The SA cricketer was named the man of the match.

“This was the most fluent I’ve felt so far. Felt the previous game things started to get better. Tonight was another step. It’s about the rhythm of the flow of the hands,” said du Plessis at the presentation.

Meanwhile, with their third win on the trot, CSK goes top of the table. RCB still remains the only side that has not been defeated this year. They have played three and won all of them.

After the match, Dhoni revealed what he told his bowlers when the game went down to the wire.

“My lines to the players was that we have got good runs on the board but let’s be humble,” he said. 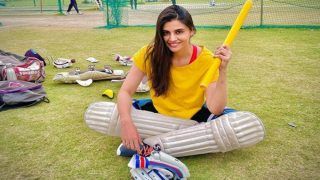 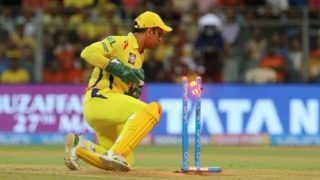