The most interesting part of the film for him would be that how he portrays Dhoni.

With the poster released just few weeks back, the film entitled ‘M.S. Dhoni‘ has already generated  quite an amount of craze within the people, especially the cricket fans and Dhoni as a whole. The Neeraj Pandey film yet to begin it’s shooting, lead actor, Sushant Singh Rajput is already excited about his role in the film and is eagerly looking forward to it.

During an interview with bollywoodhungama.com, on being asked about his plans for Dhoni’s character which he is set to play, Sushant said that the biggest challenge that comes to an actor while shooting a film is to convince oneself of the character he is to perform and the challenge is big at this level as the character of Dhoni is not just about Dhoni himself, but about whole India.

“I can’t add my own interpretations to the character for Dhoni as I could for Byomkesh or for Shekhar Kapoor’s Paani. The minute I will add something that isn’t part of Dhoni’s personality I’ll be caught out,”he said.

“I’ve been his fan for the last ten years. I’ve been closely watching him play. The most challenging part of playing Dhoni is to convince myself that I can pull it off. The day it happens I feel I will be able to play Dhoni,” he added.

On being asked about the reason he took up the role of Dhoni, he said that the prime reason was it was about cricket. Being a cricket lover since childhood with himself along with his sister, both being national level cricketers, he revealed that he once had seriously given a thought to take up cricket as his full-time profession, but it faded out unfortunately.

“There was too much parental pressure on me to excel in academics. I was the only son and the youngest son. I was expected to fulfill the family’s expectations. I gave up my dreams of becoming a cricketer. But I couldn’t give up my dreams a second time. So I became an actor,” he explained the reason for the dream of being a cricketer fading away.

On being asked if he would be taking tips from Dhoni regarding his role in the film, he said, “I’ve to not just play Dhoni convincingly. I’ve to play like Dhoni to look convincing on screen. I’ve started my research. Whatever he did I have to do. Wherever he stayed I have to go. I want to enter the man’s mind. A few years ago Dhoni was a different person. I’ve to understand how he has changed. I’ve to spend time with him.”

The most interesting part of the film for him would be that how he portrays Dhoni. The question stands that whether he would mimic him completely or go along with his normal acting skills, to which he thoroughly replied, “I’ve to observe the way he walks, talks…his stance when he plays cricket on the field. But beyond that I’ve to make sure I don’t end up mimicking him. There is a very thin line between acting and impersonating. Let’s not forget, Dhoni has millions of fans.”

“In the first few frames itself, the audience should be comfortable with the way I play him. There should be compatibility between the way Dhoni and I walk-talk-behave. The minute that is sorted I have the audience with me. The rest of the performance will depend on my homework and research on Dhoni. Hopefully after watching me people will get to know Dhoni better,” he concluded.

However, it is still unclear who would portray as Dhoni’s wife, Sakshi in the film. 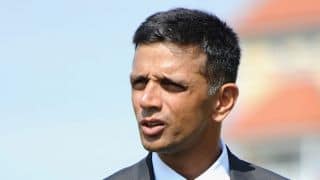 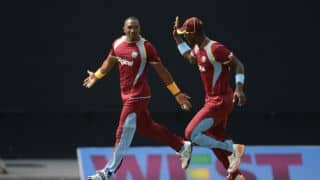