half-centuries to openers Ryan Rickelton and Rassie van der Dussen followed by a strong bowling display from spinners led the Stars to a win.

Former West Indies captain Viv Richards lauded Jozi Stars emphatic win over Paarl Rocks while admitted that he wasn t expecting the match to turn out so one-sided. In the absence of Chris Gayle, half-centuries to openers Ryan Rickelton and Rassie van der Dussen followed by a strong bowling display from spinners led the Stars to a comfortable 60-run win over the Rocks in the Mzansi Super League game on Tuesday.

“Jozi Stars couldn’t have asked for more. I expected a very close contest with both the teams facing each other after their opening loss. I was sceptical about how the stars would react, especially in the absence of Gayle. But the spinners and openers changed the game for them and turned it into a one-sided contest,” Richards mentioned in his column for Times of India.

“Ryan Rickelton and Rassie van der Dussen were brilliant to watch. Their 155-run stand not only gave the Stars a good start but had an impact on Rocks minds as well.”

Off-break bowler Simon Harmer and legspinner Eddie Leie shared six wickets to break the back of Rocks innings. Harmer and Leie picked up three wickets each to finish with 3 for 22 and 3 for 33 as barring captain Henry Davids, no other batsman could get going. Chasing a challenging 210 to win, the Rocks were bowled out for 149 which gave the Stars a bonus point as well.

“The Stars spinners bowled perfect lengths and Eddie Leie sent down a mix of flighted and quicker deliveries to leave the batsmen guessing. Leie and Harmer picked up six wickets between them and that was the most damaging aspect for the Paarl Rocks,” Richards said. “Henry Davids gave the rocks a little hope with his perfect inside-out drives but that was only brief. The fact that Paarl Rocks have conceded more than 200 runs in two games worries me.” 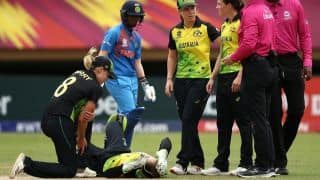