Nazar, who played 76 Tests and 122 ODIs for Pakistan between 1976 and 1989 and scored almost 7,000 runs and taking 175 wickets, has continued his association with cricket after retirement by being appointed coach of Kenya in 2005 and was also the Director of Game Development in Pakistan.

According to PakPassion.net, Nazar believes that the Pakistan Cricket Board (PCB) should look to appoint Younis as head coach as he worked well together with Aaqib Javed and Ijaz Ahmed when he was previously in charge of the team.

Nazar further said that former team selector Mohsin Khan benefited a lot from what Younis had done with the cricket team as things were in place and players were responding well, adding that Javed has done well with the United ArabEmirates (UAE) team and he has also done well through all age groups right across Pakistan, starting from the grassroots level. 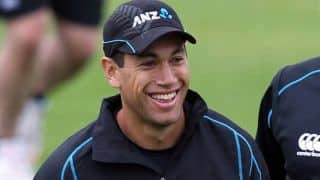