The court revealed that Srinivasan was one of the names on the list and ordered the panel to investigate him.

The apex court will deliberate on the findings on November 10 which could determine if world cricket chief Narayanaswami Srinivasan can seek re-election as president of the Indian board.

“We have submitted the report in a sealed envelope to the court,” Raju Ramachandran, lawyer for the panel, told AFP without elaborating.

The panel, which is headed by former judge Mukul Mudgal and includes former India captain Sourav Ganguly, had in February presented a sealed envelope to the court containing names of 13 individuals who needed to be probed further.

The court revealed that Srinivasan was one of the names on the list and ordered the panel to investigate him and the 12 other unidentified persons.

The panel’s preliminary report had concluded that Srinivasan’s son-in-law Gurunath Meiyappan — who was the team principal of the Chennai Super Kings franchise — could be guilty of illegal betting on IPL games.

The Super Kings are owned by India Cements, whose managing director is Srinivasan. The team is captained by India skipper Mahendra Singh Dhoni.

The court barred Srinivasan from carrying out his duties as president of the Board of Control for Cricket in India (BCCI) until it had delivered its final verdict, but did not stop him from heading the International Cricket Council.

The IPL, which began in 2008, features the world’s top players signed up for huge fees by companies and high-profile individuals in a glitzy mix of sport and entertainment.

International news organisations including Agence France-Presse (AFP) have suspended their on-field coverage of matches hosted by the BCCI since 2012 after the board imposed restrictions on picture agencies. 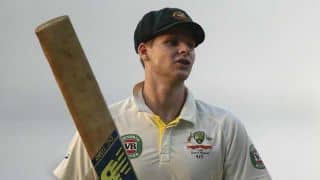