Former Mumbai off-spinner Ramesh Powar stated that he made a move to Rajasthan Ranji Trophy side due to lack of motivation. He said that he has no regret in shifting to Rajasthan for the upcoming Ranji Trophy 2013-14 as he felt things weren’t the same anymore after Praveen Amre left and Sulakshan Kulkarni came over as the coach. 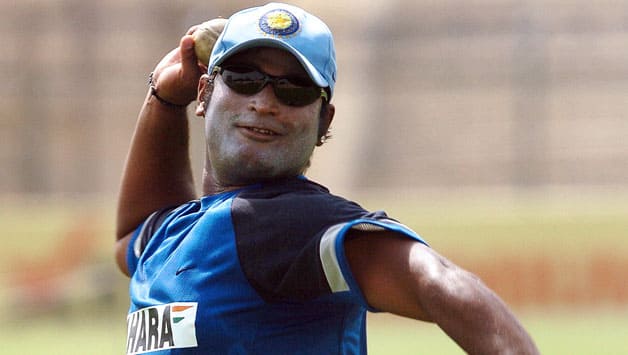 Former Mumbai off-spinner Ramesh Powar stated that he made a move to Rajasthan Ranji Trophy side due to lack of motivation. He said that he has no regret in shifting to Rajasthan for the upcoming Ranji Trophy 2013-14 as he felt things weren’t the same anymore after Praveen Amre left and Sulakshan Kulkarni came over as the coach.

“I think the time Praveen Amre was coach, was the best period for the Mumbai team, and my favourite too. He would always set challenges for us and give us all specific roles to play. He was always great at encouraging us. Once he came and told me, ‘Ramesh, a five-wicket haul is due’. These are small things but have a huge impact. He not only built a team but built the players too. It was under him that Mumbai saw the rise of young stars like Abhishek Nayar, Rohit Sharma and Ajinkya Rahane,” Powar was quoted as saying by Indian Express.

Powar said that he won’t be missing anything except the Mumbai dressing room. “Except the dressing room, I won’t miss anything to be honest. The past two years with the Mumbai team were largely unremarkable if not forgettable. If anything we missed the Amre-style of coaching. He pampered us and got the best from us. The Mumbai team was completely different over the last two years. With Sulu [Sulkashan Kulkarni] things aren’t the same.”

The off-spinner has been playing for Mumbai since 1999. He has played with Wasim Jaffer and Ajit Agarkar, both of them remain an integral part of Mumbai’s dressing room. “They were the only ones still around. I shared a very formal relationship with Wasim while Ajit is a very good friend. But it’s a team game after all. If you see the average age of the present Mumbai team, it’s around 22-24 while our lot is 34 and above. It’s hard to keep pace with the youngsters these days, in the sense, with the way they think. The vibes in the dressing-room are way different now. There had come a stage, where I felt like a liability in the side. I think things change for a cricketer once he enters his mid-thirties. One bad season and people start doubting your credibility.”

According to Powar, the youngsters these days are very hard to communicate. “Today’s youngsters are different, you know how they are. It’s hard to communicate with them and the age-gap often leads to a communication gap. It becomes really tough but I don’t want to go into much detail,” he said.
When asked about how tough it was for Powar to leave Mumbai, he said, “It wasn’t tough. In fact, I had made up my mind last season itself about turning into a professional player and seek options elsewhere. I met Hrishi (Hrishikesh Kanitkar) during one of the Times Shield matches in April and he asked me whether I would be interested in a move to Rajasthan. It was only last week that I finally signed a two-year contract with them.”

Lack of motivation from the Mumbai side may have forced Powar to leave the side. Powar said, “You can call it lack of motivation. I wasn’t enjoying playing for Mumbai anymore. Things weren’t great off the field either. On the field though is where it hurt. In the past, I would often bowl 15 overs on the trot during a Ranji match. But last season, I was often taken off after two overs. The Mumbai dressing-room didn’t feel the same anymore. There was nobody there who was pushing me or challenging me to perform better. My preparation was the same, but everything around me just felt different.”

Powar lost 15 kilos in the last four months He said, “The loss of weight has nothing to do with going to Rajasthan. I suffered from a back problem last season, which made me miss two months of cricket. Age is catching up with me, and I just thought it was time to lose weight. Some might say that I could have considered doing it a few years back. But during my international career, I believed that if I lost my weight, I might lose my skill. As far as my fielding is concerned, I never was bad on the field.”

He doesn’t feel that his departure will matter much to Mumbai. “I only played a few games last year. There will be someone who will take up the responsibility. It will take time but there are few good young spinners coming up the ranks.”