Mumbai Indians survived a fiery pace bowling spell from Dale Steyn as they beat bottom-placed Deccan Chargers by five wickets in a low-scoring Indian Premier League match on Sunday. With this win, Mumbai are placed seventh on the IPL Points Table 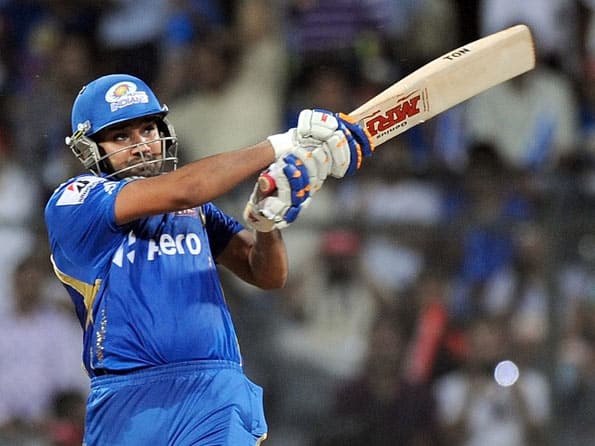 Mumbai Indians survived a fiery pace bowling spell from Dale Steyn as they beat bottom-placed Deccan Chargers by five wickets in a low-scoring Indian Premier League match on Sunday. With this win, Mumbai are placed seventh on the IPL Points Table.

Chasing a small target of 101 for a win on a lively Wankhede pitch which offered assistance to pacers, Steyn made a stiff contest out of the match with a superb pace bowling display but the Chargers finally found their total too small to defend.

Rohit Sharma top-scored with a lucky but plucky knock of 42 as MI reached the target with nine balls to spare.

Earlier, Mumbai rode on paceman Lasith Malinga’s 4/16 and captain Harbhajan Singh’s 2/13 to shoot out the Chargers for just 100 in 18.4 overs.

The MI victory, after the heavy defeat suffered against Delhi Daredevils two nights ago, helped them leapfrog from seventh to third place in the league table with 10 points from nine games, behind Delhi Daredevils (14) and Kolkata Knight Riders (11) while the Chargers remained at the bottom with three points from eight games.

Apart from Rohit, who struck a six and four fours in his 48-ball essay in which he was troubled a lot by rival speed merchant Steyn, Sachin Tendulkar made a run-a-ball 14, James Franklin got 13 in 20 balls while Ambati Rayudu made 19 not out in 15 balls.

Rohit, who threw his wicket in the 14th over by skying a catch to Ishank Jaggi in the deep off Jean-Paul Duminy, and Franklin put on 30 runs in 33 balls to put MI well on way to the small target. Both got out before the victory was achieved by the sixth wicket pair of Rayudu and Robin Peterson (1 not out) through a small unbroken stand of 20.

It was not a big target to chase and the Chargers were also handicapped by the absence of effective bowlers to back up Steyn who looked unplayable on the bouncy track in his four-over stint in which he picked up 2 for 10 in three spells.(PTI)