Royal Challengers Bangalore (RCB) director Siddhartha Mallya is delighted by his team s success and feels that RCB s journey to the finals is mainly due to team effort and not due to an individual. 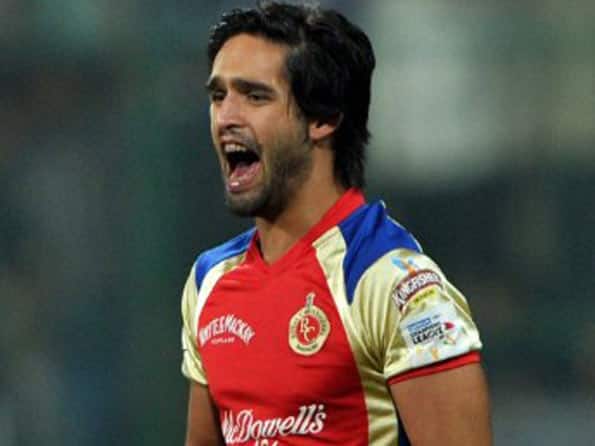 Royal Challengers Bangalore (RCB) director Siddhartha Mallya is delighted by his team s success and feels that RCB s journey to the finals is mainly due to team effort and not due to an individual.

Mallya was quoted in Mid Day as saying, “You cannot say that RCB have gotten into the final only because of Chris. Of course, he is an important part of our team, but then, so are Dilshan (Tillakaratne), Virat (Kohli) and (Arun) Karthik. RCB have achieved whatever success they have is because we have played together as a team. Recently, against South Australia Redbacks, we chased down a mammoth 215 without a huge innings from Chris.”

Mallya praised the fighting spirit of his team and praised the efforts of wicket-keeper Arun Karthik in the match against New South Wales Blues. He said,” We knew we had to win that game at all costs. In fact in the previous game against the Redbacks too, we had to win and with a good run-rate, that too. We did it, so the build-up to this game was there. The chase was massive, but we knew that the Bangalore wicket is batting-friendly because England had chased down India’s 339 during their tied match at the World Cup here earlier this year.

“We began strongly and were always in the hunt. At one stage, we needed 18 off 12 balls before Shaun (Tait) bowled a fine over leaving us needing 14 off the last over and then six off the last ball. To be honest, I had stopped thinking before that final delivery. And just like Karthik, even I was in a state of shock after that six. “

Mallya however was surprised that RCB are slated to face Mumbai Indians and not favourites Chennai Super Kings. “It’s definitely a surprise that Chennai didn’t make the semi-finals because they are a very strong team,” he said.

” But it’s going to be a tough final nevertheless because when you get to a stage like that in a tournament, anything can happen on the day.”

Mallya feels absence of Sachin Tendulkar from Mumbai Indians team will not be a relief for his team as they are aware of the strength of the Mumbai team despite the little master s absence.

“I wouldn’t say Sachin’s absence is a relief to us because when it comes down to the final, it all boils down to what happens on that day. Whether Mumbai have Sachin or don’t have Sachin, they still remain a very strong team and that’s why they’ve reached this far in the tournament. Of course Sachin’s presence would have made a huge difference to Mumbai Indians because he’s their key player. But then it’s a final and it’s a team game, so it doesn’t really matter who you’re opponent is. You’ve got to just go out there and get them,” said Mallya.