Mumbai Indians ties up with MSSA to promote sports

Mumbai Indians ties up with MSSA to promote sports

Spreading its wings beyond cricket, Indian Premier League franchise Mumbai Indians on Friday announced a tie-up with 119-year-old Mumbai Schools Sports Association for developing infrastructure for the 20-odd games run by the organisation. 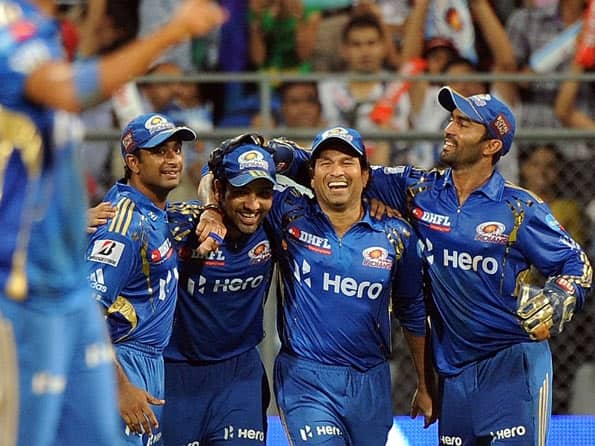 Mumbai: Oct 19, 2012
Spreading its wings beyond cricket, Indian Premier League franchise Mumbai Indians on Friday announced a tie-up with 119-year-old Mumbai Schools Sports Association for developing infrastructure for the 20-odd games run by the organisation.
“The partnership is to develop and support all the sports (20-plus) organised by MSSA. There is hardly a sport that MSSA does not promote. This is a significant step for Mumbai Indians in its efforts to strongly promote other sports beyond cricket at the grassroots level,” said MI team owner Nita Ambani at a media conference on Friday.
“Mumbai Indians look forward to working closely with MSSA in promoting sports as an integral part of education. Sports, as part of education, help develop behavioural skills and shape the character of young people to succeed in life.
“I have come here (to MSSA premises) not only as a participant but also as a parent with my children. Let this infrastructure development start as a beginning to develop sports,” she added.
MSSA president, Jude Rodrigues, said that as the initial step of the partnership, MI would lay an “astrograss” field (for football), develop indoor facilities for games like badminton and table tennis, and build stands for children with changing rooms and install floodlights.
“We have 400 schools under our jurisdiction and have a long-term lease over 12,000-odd square metre area at the northern end of Azad Maidan. We have a football ground, three tennis courts and a basketball court (presently),” Jude said.
MSSA would also invite schools, including municipal schools, which cannot pay the annual membership fees of Rs 2000 and the entry fees for games, to take part in them free of cost, according to Jude.
“The partnership will help in turning the desert (barren playing area) in front of you into an oasis (after the laying of astrograss for football),” he said. (PTI)
First Published on
Last updated on October 19, 2012 7:37 PM IST
TOPICS:
Cricket India Mumbai Indians Nita Ambani School cricket school cricket competition