About a 100-odd Bengal fans, shouted slogans of "Go Back Kartik".

There was no end Murali Kartik‘s miseries at the Eden Gardens after yesterday’s fan fury, as the Railways skipper was again booed by Bengal fans who shouted slogans outside the stadium at the end of the fourth day’s play.

About a 100-odd Bengal fans, shouting slogans of “Go Back Kartik” assembled outside the main gate after the match as policemen apprehending a yesterday like situation escorted the team to the team bus from a different gate.

With little security arrangement, the former India left-arm spinner along with pacer Anureet Singh were heckled by a section of Bengal fans on their way to board the team bus after a controversy-filled day yesterday.

However Railways coach Abhay Sharma sought to play down the controversy and said they were not lodging any formal complaint.

“It was an odd incident. I think Bengal people are more sensible than what has happened. Our job is to play. The other things are taken care of by the administrators,” coach Sharma said as they need 154 runs with seven wickets in hand on the last day.

Bengal pegged back with three wickets for three runs after Railways had put themselves in drivers’ seat with 103 for no loss courtesy a century-plus opening partnership by Murali Kartik (56) and Amit Paunikar (41) in pursuit of 271.

“There is no driver’s seat in a cricket match. It’s a fantastic game and it’s evenly poised. Hope everyone’s enjoying this match…” the Railways coach said.

Kartik opened the innings for the second time this season and the Railways coach said it was a tactical move that worked for them.

“But we still have a long way to go… I have played with Kartik for a long time and understand his batting. I know what conditions and bowling suits him. He likes to take the opposition head on. So it has made sense to us.”

“If a decision works, it’s a good tactic. Everything else goes in the dustbin.”

The Railway pacer, Singh, returned with a 5/72, his fifth five-wicket haul this season from eight matches, and the coach said he’s one for the future.

“Anureet is the bowler to watch. He’s shaping up really well. He’s a treat to watch.” 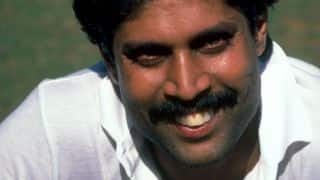 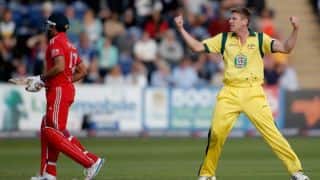