Murali Vijay had no regrets on missing out on IPL this year, as for him, playing Test cricket for the country is his top-most priority

India s Test opener Murali Vijay has been out of action since the Australia series, where he suffered an injury and had to undergo a surgery. And to recover faster, he had opted out of this year s IPL. However, Vijay had no regrets on missing out on it, as for him, playing Test cricket for the country is his top-most priority. In an interview with The Hindu, Vijay said that nothing else gives him more satisfaction than to represent India.

He said, Money is important, but it is not everything. You got to be honest with yourself and put your hand up for the country in tough times. Nothing gives me greater satisfaction than representing India, the pride I get in playing for the country in the whites is above everything else. That motivated me to put my pain aside and play the series against Australia.

India s next assignment in Test format is against Sri Lanka, and Murali Vijay is hopeful that he will be fit enough for that series. The 33-year-old said that he was pretty clear in his mindset, and it was not a tough decision for him to skip the IPL in order to play the upcoming Sri Lankan series. I was pretty clear of the road ahead of me for the next couple of months following the surgery. I missed the IPL to play the coming Test series in Sri Lanka, he said.

To continue on his love for Test cricket, Vijay says that it is the longest format of the game that gives him the ultimate kick . Doing the job in the longer format for the country gives me the ultimate kick. It is the most difficult format, particularly when you play abroad in tough conditions. 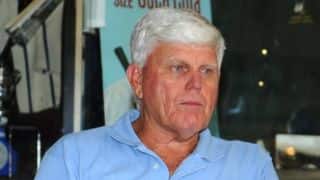