The Bangladesh wicketkeeper-batsman turned a deaf ear to all the chants coming his way. Bangladesh cricketer Mushfiqur Rahim faced the heat from the Indore crowd during the first Test against India. Rahim, who was stationed near the boundary ropes, fans decided to roast him and they started chanting, “Do rupay ki Pepsi, Rahim bhai sexy”. The Bangladesh wicketkeeper-batsman turned a deaf ear to all the chants coming his way.

Here is the video that has surfaced on the social space and is going viral:

This is not the first time Rahim has faced the heat from Indian fans. Indian cricket fans and Rahim go back a long way, as Rahim has often batted well against India. He has two Test centuries to his name against India and recently played a crucial role in Bangladesh’s T20I win over the hosts.

Not do long back, after India’s shock loss to New Zealand in the ICC Cricket World Cup semi-finals, Rahim had famously tweeted, “Happiness is this…!!! #ha ha ha!!! India lost in the semi-final.”

Rahim was the top-scorer for the visitors, he scored 43 in the first innings and followed it up with a brilliant 64 in the second. A total of fourteen wickets in the match were picked up by Indian fast bowlers, with Mohammad Shami picking up 7/58. Mayank Agarwal bagged the player of the match for his double-century. 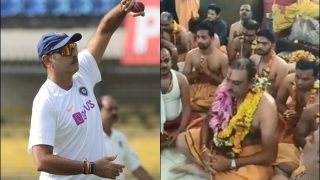 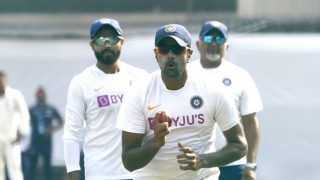 Kohli, Rohit, Pacers Skip Training; Others Practice Under Lights in Indore To Prepare for Day-Night Test