Six years to the day after the great Clarrie Grimmett took his final breath in Adelaide, Yasir Shah filled his lungs for the first time, in the Khyber Pakhtunkhwa in Pakistan.

Six years to the day after the great Clarrie Grimmett took his final breath in Adelaide, Yasir Shah filled his lungs for the first time, in the Khyber Pakhtunkhwa in Pakistan.

They are two leg spinners divided by eras and continents, but joined by a world record that lasted for 82 years until Yasir lifted it from Grimmett’s shoulders on Thursday.

Half an hour into the fourth day’s play in Abu Dhabi, Yasir skidded a quicker ball through the defence of New Zealand nightwatchman Will Somerville and into his pads.

The umpire’s finger went up and Yasir had reached 200 wickets in just his 33rd Test, shattering Grimmett’s record of 36 Tests set against South Africa in 1936.

“When I started playing cricket I never dreamt of this record, never” said Yasir. “I didn’t even think of ever playing for Pakistan, so having done this much is an extraordinary thing for me.”

The 32-year-old admitted that while he was a big fan of the legendary Australian legspinner Shane Warne, he knew little about Grimmett.

“I learned a lot from watching footage of Warne’s bowling on YouTube,” remembered Yasir. “Never saw Grimmett but when I read the chart of fastest to 200 wickets his name came first. Now it will be mine.”

Apart from the May 2 coincidence — Grimmett died in 1980 while Yasir was born on that day in 1986 — both men share the peculiar record of never having taken a single Test wicket in the country of their birth.

Grimmett was born in Otago in New Zealand but migrated to Australia where he graduated from Victoria to play 37 Tests for Australia, taking 216 wickets in a glorious career.

He never played in New Zealand and nor did he bowl against his country of birth.

By default, Yasir too has never played international cricket in Pakistan.

He only broke into top-level cricket in 2011 — two years after all cricket was suspended in Pakistan following attacks on the Sri Lankan team bus in March 2009. His home Tests have been played in UAE.

While Grimmett made a longer-lasting impression on first-class cricket with 1,424 wickets in 248 first-class matches with an astonishing 127 five wicket haul, Yasir has a modest first-class record with just over 500 wickets.

Among legspinners, neither comes close to Warne who 708 wickets in 145 Tests. The Australian ended a glorious career in 2007 second only to all-time highest Muttiah Muralitharan, the Sri Lankan offspinner who took an astonishing 800 scalps in 133 Tests.

Pakistan had plenty of master spinners before Yasir, notably Abdul Qadir (236 wickets), Danish Kaneria (261) and Saqlain Mushtaq (208) but the speed at which Yasir has taken wickets singles him out.

Since taking seven wickets on his debut against Australia in 2014, he has been a key figure in the Pakistan side.

Shah took 10 in a match to beat England at Lord’s a year later. He took 21 and 25 wickets respectively in series wins over the West Indies.

He was the fastest Pakistani to 50 wickets (nine Tests) and the quickest Asian to 100 wickets (17 Tests), second only to Englishman George Lohmann who reached the target in one Test fewer in Johannesburg in 1896.

“My goal is to be remembered as one of the best spinners to have played cricket, and moreover, a match winner for my country,” says Yasir who will have the chance to begin his quest for 300 when the third Test resumes on Friday morning. 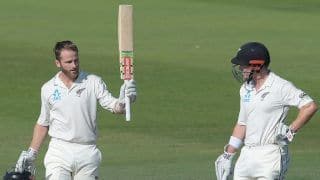