Board of Control for Cricket in India's (BCCI) President-in-exile N Srinivasan on Tuesday refused to comment on the Bombay High Court order declaring the Board's two-member probe panel to look into the Indian Premier League spot-fixing and betting scandal as "illegal and unconstitutional". 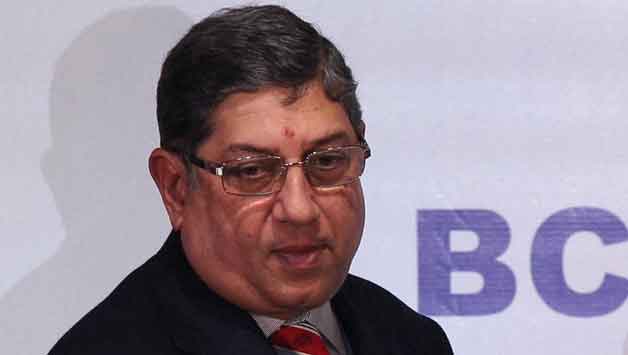 Board of Control for Cricket in India‘s (BCCI) President-in-exile N Srinivasan on Tuesday refused to comment on the Bombay High Court order declaring the Board’s two-member probe panel to look into the Indian Premier League spot-fixing and betting scandal as “illegal and unconstitutional”.

Srinivasan, who was expected to be back at the helm of affairs after stepping aside for the duration of the BCCI — inquiry, did not comment on the order which came as a massive jolt to him. BCCi is the national governing body for cricket in India.

“The only thing I have heard is that the writ has been dismissed and no relief has been granted. I don’t want to say anything more,” Srinivasan told reporters when his reaction was sought on the Bombay High Court order.

A division bench of justices S J Vazifdar and M S Sonak was hearing a public interest litigation filed by Cricket Association of Bihar and its secretary Aditya Verma challenging the constitution of the two-member commission, set up by the BCCI and IPL Governing Council to probe allegations of betting and spot fixing.

The bench, while allowing the PIL, said the constitution of the probe panel was “illegal and unconstitutional”.

The petition alleged blatant bias by Srinivasan, who is the vice-Chairman and Managing Director of India Cements Ltd, which owns Chennai Super Kings.

The PIL urged the court to direct BCCI to recall its order constituting the probe panel and instead the court shall form a panel of retired judges as it may deem fit to hold inquiry against Meiyappan, India Cements Ltd and Jaipur IPL Cricket Pvt Ltd with regard to their involvement in spot fixing and betting.

BCCI and Srinivasan, in their reply affidavits, termed the petition as “motivated and vested with personal interests.”