Kerala Women Under-19 took a single ball to chase the target down, improving upon Nepal s triumph over Myanmar in ACC 2006.

Two. That is precisely the total for which Nagaland Under-19 Women were bowled out against Kerala at JKC College Ground, Guntur. Two. No, there is no typo involved there. Two. Two. Tee, double you, owe. 2. Two. And to think about it, they batted s-e-v-e-n-t-e-e-n overs. Yes, two in seventeen overs. Opener Menka (who took first strike) scored half the total. Her 1, from 18 balls, seems almost Bradmanesque, since the other run came off a wide. Both Menka s run and the wide came before a wicket fell, which meant that all 10 wickets fell without the addition of a run. There were 9 ducks, and No. 11 Priyanka remained unbeaten because someone had to.

Kerala Women Under-19 took a single ball to chase the target down, improving upon Nepal s triumph over Myanmar in ACC 2006 (when Nepal won in 2 balls). Deepika Kaintura started with a wide, following which Ansu S Raju thwacked a four. That was that. 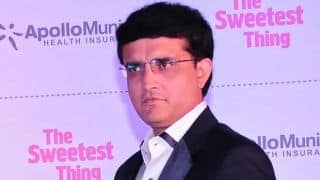 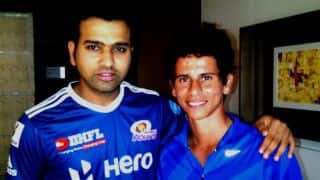