Sethi is scheduled to take over as ICC President in late June as a nominee of Pakistan.

Karachi: Pakistan Cricket Board‘s (PCB) former chairman Najam Sethi has made himself available for the post of International Cricket Council (ICC) President, which was today left vacant by the resignation of Mustafa Kamal of Bangladesh. According to reliable sources in Dubai, Sethi, who now heads the PCB’s executive committee, had notified the apex body that he was ready to take over as ICC President following Kamal’s resignation.

Sethi is scheduled to take over as ICC President in late June as a nominee of Pakistan since the position is now shared on rotation basis by the Test nations. “What Sethi is not aware of is that he might have caused some embarrassment for the Pakistan board since under the constitution if Mustafa Kamal has resigned his place can be filled by another nominee of the Bangladesh cricket board,” a source told PTI.

He said according to constitution since the ICC President’s post was largely a ceremonial one and was rotated between member countries even if Mustafa resigned before the expiry of his term the Bangladesh board had the right to nominate another candidate to fill in till the expiry of the full term.

No one was available to officially deny or confirm in the PCB whether Sethi had notified the ICC in writing and if it was with the consent of the PCB chairman Shaharyar Khan.

It is no secret that Shaharyar and Sethi don’t share the same views on many issues surrounding Pakistan cricket and recently while the former was adamant that Moin Khan should be sacked as chief selector the latter tried his best in the executive and cricket committee joint meeting to get the former captain an extension.

There has been talk about senior members of the board coming under pressure because of the parallel system of governance in the board with Shaharyar and Sethi both calling the shots in their own ways.

“It becomes difficult to decide who should be listened to and whose orders one should follow,” a source said. Shaharyar today axed another appointee of Sethi when the PCB announced that marketing director Badr Rafai had resigned from his post.

Although the official release of the board said that Rafai had resigned due to personal reasons and wanted to go back to his family in the United States, insiders confirmed Rafai had stepped down as he was unhappy with some elements in the board trying to sabotage his work and role in bringing in millions of rupees in sponsorship for the board and domestic cricket since last year.

“Rafai was also unhappy that he was ignored in the media bid and Pakistan Super League committees formed recently,” a source confirmed. The PCB has now brought in a new GM marketing. 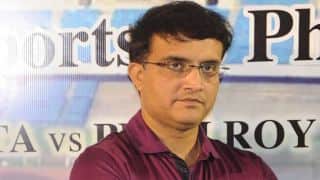 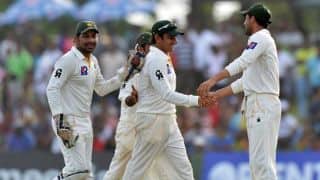