The septuagenarian also said that getting the PSL started in 2016 was one of the biggest achievements in his tenure.

Former Pakistan Cricket Board (PCB) chairman Najam Sethi has expressed agreement with Imran Khan‘s views on a greater focus on regional cricket in Pakistan’s domestic cricket setup, which could serve a good purpose in the long run.

Sethi said speaking to pakpassion.net that he supports PM Imran s ideas about revamping domestic cricket but it was unfortunate that he was not able to bring this task to a fruitful conclusion during his tenure. You will be surprised to note that one of the first things that I wanted to do when I was appointed as Chairman PCB was to try and organise regional cricket along the way its organised all over the world which is also what Imran Khan has been saying all along, he said. We had to have quality regional teams and we must have a system which feeds talents to those teams. This would allow for a fiercely competitive and high-quality environment.

What we need to do is to merge the system in a way that we only have regional cricket and that departments should become sponsors of cricket, rather than cricket playing agencies of their own. When that happens, you will get proper fan basis and the regional sub-nationalisms coming into the equation and you will see the stadiums filling up, he added.

The former chairman and veteran journalist had to leave his post not under any direct pressure from the authorities, but probably out of conflict and difference in working style with the new Pakistan PM. He said that in Pakistan it is very difficult to work unless the government is on your side and cricket is even more fraught with interference by political bosses, so he thought it best to move out of his role with the PCB.

Realistically speaking, if the Patron of Pakistan cricket does not like the Chairman then there is a problem as he represents a powerful state institution and the fact is that the PCB cannot function when the government is against it, he said.

Sethi further elaborated: Even though I had two more years to go before the end of my term and technically the Patron could not remove me without removing the whole board, I decided to step aside for two reasons. The first point being that if the Patron does not want me, there is no point hanging around as it will hurt and destroy the PCB and you don t want to do that. The second point is that this is a Patron who has a vision for Pakistan cricket and one who is a legend in his own right and whether one agrees or not, he must be given an opportunity to take charge. He is a very special Patron of the PCB and there is a lot of public support for his views and knowledge.

The septuagenarian also said that getting the PSL started in 2016 was one of the biggest achievements in his tenure.

Holding the Pakistan Super League stands out as possibly the topmost achievement during my tenure as PCB Chairman, he said. Sethi also highlighted the difficulties encountered in organising the league by stating: This was an uphill task due to many internally created hurdles by the PCB establishment. It was incredibly difficult to get people to work together and to overcome financial, administrative and organisational issues. Then there was the matter of keeping all the franchises happy and in line with the objectives of the project. This was important, especially when the business model wasn t entirely clear to them. I had to constantly try and explain things to them which was an uphill task in itself, he added.

Sethi had a word of advice for the new PCB chairman Ehsan Mani. I think the priorities for the next Chairman and his team are simply to review all the projects that we have initiated in our time and to see them to completion. If that is not done, then there will be a price to be paid for that as that would have the PSL hanging in the balance and also jeopardise the bringing back of international cricket to Pakistan. Any other initiatives that we started should also be taken to their logical conclusion to benefit Pakistan cricket, he said. 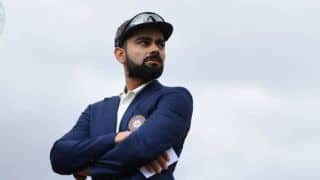 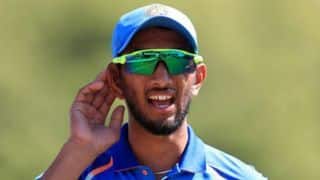