Sethi will also represent Pakistan at the ICC.

Veteran journalist Najam Aziz Sethi is back to calling the shots in Pakistan cricket even as Pakistan Cricket Board (PCB) chairman Shaharyar Mohammad Khan remains the signing authority. Sethi, who has been appointed and removed as PCB chairman several times in the last 12 months, has been named the chairman of an all-powerful three-member executive committee of the PCB to control cricket affairs in the country, reports The Daily Times.

In the past the chairman held most of the powers but from now on PCB’s powers have been vested in the executive committee. The committee also includes chief operating officer Subhan Ahmad and chief finance officer Badar Khan. “The committee will take most important decisions concerning administration and finance. The decision of appointment of Sethi was taken by PCB chairman Shaharyar Mohammad Khan while chairing a board of governors meeting at the Gaddafi Stadium here,” the daily reported.

“The decision by the board of governors confirms that Sethi will be running the show in the PCB with 80-year-old Shaharyar as only the figurehead signing authority. No other member of the board of governors is included in the executive committee, giving Sethi enough freedom to take decisions. Being PCB officials, both Chief Operating Officer and Chief Financial Officer hold no power to differ with Sethi because he is a most powerful member of the board of governors. Sethi is most likely to attend all important meetings of the ICC as Shaharyar hinted it when he took control of the chairman’s office,” the daily said.

After disrupted PCB elections in May 2013, Sethi was appointed and removed as the chairman several times. He was also set to take over as the full-time chairman but had to step down after objections by the Supreme Court. Sethi was named to the PCB board of governors as a direct nomination by the Prime Minister, who is also patron of the PCB. 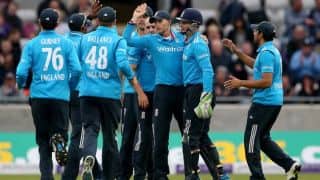 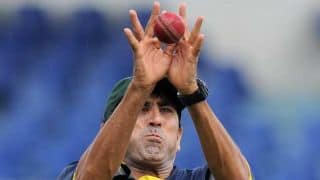