Australia's Dirk Nannes, the leading-wicket taker in all Twenty20 matches, has joined Surrey for this season's English domestic Twenty20 tournament, the county announced on Thursday. 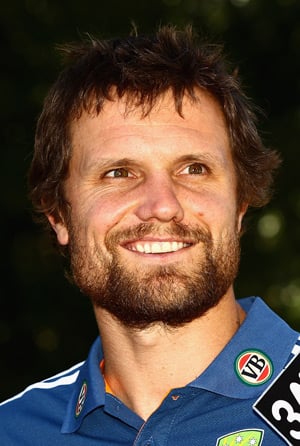 Australia’s Dirk Nannes, the leading-wicket taker in all Twenty20 matches, has joined Surrey for this season’s English domestic Twenty20 tournament, the county announced on Thursday.

Now settled in Britain, he was a member of the Australia side that lost the 2010 World Twenty20 final to England in Barbados, having previously represented the Netherlands.

The left-arm fast bowler, who made his name with Victoria, has also played county cricket for Surrey’s London rivals Middlesex as well as appearing in the Indian Premier League Twenty20 tournament.

“I’m really excited to be playing for a big club like the Surrey Lions at such a historic ground,” Nannes, due to make his ‘Brown Caps’ debut for his new side on June 2 said in a statement.

“I’ve always enjoyed my time playing in England — and the Friends Life t20 throws up a very different challenge to other competitions around the world. I’ve now moved to the UK on a full time basis and hope this is the first of many years for me in the FLt20.”

“So far this season we have a 100 percent record in one-day cricket and securing the leading wicket taker in the history of this format — at such short notice — will give us a great chance in this competition.”