One wonders how Narendra Modi could draw a parallel between winning a cricket match and Mars achievement.

One wonders how Narendra Modi could draw a parallel between India winning a cricket match and the Mars achievement of space scientists when he himself and his alter ego Amit Shah controlled Gujarat cricket till the two shifted to Delhi.

All the same, few would disagree with his assertion after India successfully put the Mangalyaan satellite into orbit around Mars that the whole country rejoices when our cricket team wins a tournament whereas what our scientists achieved is a thousand times bigger than that.

It is intriguing why Modi chose to get into cricket politics in the first place unless he was persuaded by his close adviser Arun Jaitley as part of the saffron vote bank in the country’s cricket board.

Modi first ousted the long-time president of the Gujarat Cricket Association (GCA), a Congressman, who was smart enough to see the futility of fighting the strongman of Gujarat and instead joined him.

Modi’s “love” for cricket apart, he had the first taste of Indian sports when the list of competitors for the Incheon Asian Games went to him for clearance after the Sports Authority of India (SAI) refused to approve some disciplines in which, in its opinion, Indian participants had no earthly chance of winning medals.

Modi perhaps cleared some of the teams as future investment as the political chiefs of the concerned national federations could come in handy to him some day. In most cases, SAI has been proved right going by the performances of some of those cleared by the Prime Minister’s Office (PMO).

Compared with the performance in the first week at the Guangzhou Games four years ago it is not all that despairing for India in Incheon. They won 17 medals – one gold, two silver and 14 bronze.

In the first week at Guangzhou, India won 19 medals – two gold, seven silver and 10 bronze while in the second week they went berserk by their known standards winning 45 medals – 12 gold, nine silver and 24 bronze.

So there is still hope, though they will certainly not be returning with a bag of 75 medals as predicted by SAI or get closer to their best-ever returns of 64 from the continental games four years ago.

Athletics contributed 12 medals, including five gold, and it will be too much to expect the same number from them this time. Boxers can fetch a clutch of medals as they brought in nine last time. Then the archers are capable of producing gold out of the blue like they did on the eighth day.

The arguments and excuses for the shortfall can be predictable. With the removal of cue sports and chess, we have been hard done and then sure-shot medal winners, wrestler Sushil Kumar, boxer Vijender Singh and tennis stars Leander Paes, Rohan Bopanna and Somdev Devvarman are not there in Incheon for some reason or the other. Then our badminton players, who promised so much, failed to grab any medal.

Excuse number two is that most sportspersons were kept on tenterhooks because of the late clearance of the contingent and some of them, including India’s lone Olympic gold medallist Abhinav Bindra, did not have enough time to acclimatize and work out at the facilities. Yet, Bindra is happy with his bronze medal, and he is clear that the gold and silver medal winners shot better than him.

The pronouncement from former shooter Moraad Ali Khan takes the cake. Now a filmmaker, he blames it on poor planning! He was quoted as saying that people must change their mindset, whatever that may mean. He goes on to say that we should already be preparing for the next Games rather than trying to fix up camps, training sessions one month before the Games!

Going back to Modi, he says he draws confidence from the countless extraordinary stories of ordinary Indians he has seen through decades of travel across India. Surely, he must have run into some sportspersons, too, and they are now looking up to him for inspiration.

The prime minister is right, there is a high tide of hope in India, but he should not allow it to ebb. He should soon speak out as to what is in store for India’s sportspersons. 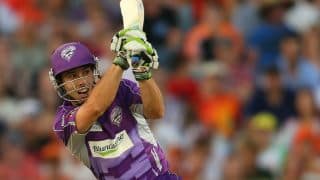