Nasir Jamshed has vowed to give a good performance in the domestic circle to impress selectors.

Karachi: Out-of-favour Pakistani batsman Nasir Jamshed, who was ignored by the country’s selectors after a disappointing 2015 World Cup in Australia, is desperate to make it to the national squad and for that he has vowed to give a good performance in the domestic circle. After the retirement of key openers like Saeed Anwar and Aamir Sohail, Jamshed’s attacking approach at the top of the order was praised by many and it was believed that he has a bright future. He, however, was discarded from the national squad following his disappointing performance in the 2015 World Cup. READ: Nasir Jamshed gets married to Samara Afzal

Reflecting his views on the same, he admitted he is out of the squad because of his performance, but promised not to repeat the same mistakes when he would come to bat again in the national colours, pakpassion.net reported. Jamshed, who is currently playing club cricket in England, is trying to improve his technique so that he can comeback to the national side. The left-handed batsman expressed his desire to return to his absolute best so that he could survive in the international cricket once he makes a return. Nasir Jamshed: Playing against India is always special 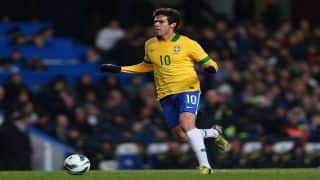