While Nasser was forthcoming in his praise for the young seamer, he advised him to be open to learning newer skills to adapt to conditions where swing would not be as prevalent as in England

Former England captain Nasser Hussain has called for rationality in evaluating young Sam Curran‘s brilliant performance with bat and ball in the ongoing Test at Edgbaston between England and India. Curran (20) appearing in just his second Test, has played an instrumental all-round role in keeping England’s chances alive going into a delectable fourth morning of an exciting Test.

He first struck gold on the second day before lunch when he clipped out three top order Indian batsmen – Murali Vijay, KL Rahul and Shikhar Dhawan – within a matter of few minutes to ruin a good Indian start to their first innings. They slid to 59/3 from 50/0 in a matter of just 2.1 overs and Curran was the architect of this mini collapse. He eventually took 4/74 in India’s first innings emerging as the top wicket-taker for England.

Then England were languishing on 87/7 and with all the senior batsmen back in the pavilion in the second innings, Curran set about the Indian bowling with controlled aggression; he scored a run-a-ball 63 and helped set India a tricky chase of 194.

The Edgbaston crowd went gung ho about the young lad in town and were effusive in his praise through his innings of 63. Former England captain Nasser Hussain who was equally forthcoming in his praise for the young seamer also sounded a word of caution though. Hussain, writing in his Daily Mail column, was full of praise for the character shown by the young player but wondered if his bowling style – which relies predominantly on swing – would be as effective outside of English conditions.

“What this brilliant Test at Edgbaston has shown us is that, when it comes to cricket at the highest level, you pick a guy above all on his character. Yes, he has to have a lot of skill to succeed in Tests: that goes without saying. But after that, it’s what is between your ears that counts. Just as we shouldn’t have got too down on him after his debut at Headingley, however, so we shouldn’t get too excited after one good game,” the former England captain said.

“Curran looks a useful and combative cricketer when the ball is swinging, but if he makes the tour of Sri Lanka this winter, I hope he seeks out another skiddy left-armer, Chaminda Vaas, and asks him how he added to his game when conditions didn’t suit him,” Hussain advised.

“I don’t want to sound negative after he’s made such an exciting contribution to this game, but the obvious concern is how effective Curran would be if the ball isn’t swinging. Would he, for example, have been dangerous with the Kookaburra in Australia over the winter?,” he questioned.

Hussain may have a point there where he is asking the young seamer to be ready to adapt to different conditions and pick up advice from experienced seamers to better his game. 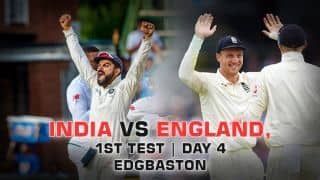 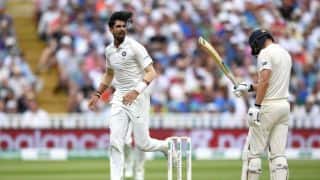