ECB have decided to go ahead with Bangladesh tour while Eoin Morgan had earlier said that players can pull out of it, citing the current political situation of the country.

Former England skippers Nasser Hussain and Michael Vaughan have recently bashed current England limited-overs captain Eoin Morgan for pulling out of the upcoming Bangladesh tour. The England and Wales Cricket Board (ECB), after much debate, have decided to go ahead with the tour while Morgan had earlier disclosed that players are allowed not to be a part of it, citing the current political situation of the country. Bangladesh’s capital Dhaka recently was a victim of a terror attack which cost the lives of 20 hostages, while it was later revealed that Australia cricket team, who were set to visit the country, had to call off their tour after knowing that the cricketers were being targeted by ISIS. READ: Eoin Morgan, Alex Hales withdraw from England’s tour of Bangladesh

However, the two former players think Morgan must lead the side to Bangladesh and be a part of the tour. Talking to Cricbuzz, Vaughan revealed, “One main trait of a strong leader is they never ask a teammate to do something they would not do themselves. This is why Morgan has made a huge mistake. The players will support him in the press but there will be a little thought at the back of their minds that he went missing at a difficult time for the side. As a captain you are always saying to the players, ‘It is going to get tough in the middle and you cant have it all your own way’. You tell them to be strong so they can go the extra yard. I do not see how he can look them in the eye and ask them to do that in the future.”

“Eoin has not trusted them to do their jobs, either. How would he feel if they said they do not trust him to make good decisions on the field? It will be very difficult for him to come back from this. They will be angry that he has been stubborn,” he added.

Hussain said, “The next time Morgan asks his team to go that extra yard one of them might look at him and think: ‘Hang on, when we put our necks on the line by going to Bangladesh and took ourselves out of our comfort zone, you weren’t with us. Where were you when we were surrounded by tanks and snipers and couldnt leave our hotel rooms?'”

“It has to undermine his authority. The players will be cocooned in their rooms and will develop a siege mentality. That is a great shame but the bottom line is that if the team are going, if the ECB deem it safe, then the captain should be there,” he concluded. 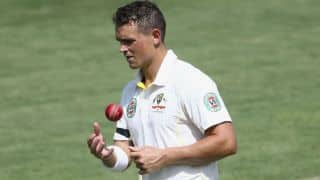