Nathan Coulter-Nile conceded just five runs off the final over in an away game against SRH.

The Delhi Daredevils (DD) and Sunrisers Hyderabad (SRH) were involved in a thrilling encounter at Visakhapatnam. Nathan Coulter-Nile was handed the ball in the final over with SRH requiring just ten runs to win, but Coulter-Nile ensured that his team came out on top. He later jokingly said that the final over got his blood pressure high. Read: Delhi Daredevils beat Sunrisers Hyderabad by 4 runs in exciting clash in IPL 2015

Taking the games till the last over is fantastic for the crowd and TV but it is not good for my heart. My blood pressure has gone over the roof. But you love winning games like that. I am pretty happy to get that one in the bag,” Coulter-Nile told iplt20.com. SRH vs DD: Full Scorecard

He went on to clarify that increased heartbeat rates notwithstanding, thrilling finishes make cricket special to players. “It was a nerve wracking game but I guess that’s what you play the game for. You play for situations like that. You don’t get to experience something of that sort anywhere in the world. Nervous energy, anticipation, the crowd is loud and it is for reasons like these that I love this game,” he explained.

He was all praise for an athletic effort by Mayank Agarwal in the outfield to save what looked like a certain six off the penultimate delivery. “I thought that one would go for a six and there would be a lot more pressure on the last ball. But it was a fantastic save by Mayank Agarwal. He saved me there. Obviously five to win of the last ball is better than having to get one,” said Coulter-Nile.

He concluded stating that his team was headed in the right direction. “I don’t know if it is back on track, but two wins is obviously better than four losses. I think we are heading in the right direction. We’ve got a really good group and have a good balance in our batting and bowling. I don’t see any team we can’t beat or contest with,” he signed off. 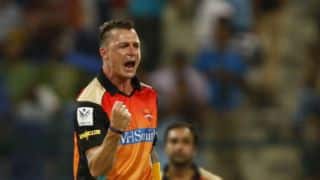 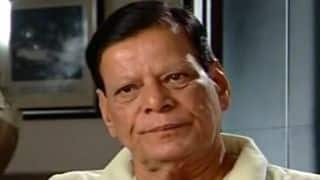