Nathan Lyon might be Australia's greatest offspinner to have played Tests but he is yet to crack the limited-overs cricket.

Nathan Lyon might be Australia‘s greatest offspinner to have played Tests but he is yet to crack the limited-overs code. Despite making his debut in 2012, Lyon has played just 17 ODIs so far, picking up 18 wickets at 42.83.

He was the joint-highest wicket-taker of the four-Test series against India with 21 wickets alongside India pacer Jasprit Bumrah. Having been picked for the following three-match ODI series which concluded on Friday, Lyon was dropped after going wictketless in the first two ODIs at Sydney and Adelaide.

He completed his quota of 10 overs in both the matches but failed to take a wicket. He was replaced by legspinner Adam Zampa for the third ODI which India went on to win in a last-over finish to claim the series 2-1.

Spin bowling legend Shane Warne reckons that the lack of variations is the biggest reason why Lyon hasn’t been able to find success in limited-overs cricket.

“If Nathan Lyon wants to be a white ball cricketer, Twenty20 or 50-over cricket, I think he needs to develop something else,” Warne told Fox Cricket. The key in Test match cricket is being patient and bowling ball after ball after ball, you can t do that in white ball cricket, you have got to bowl different balls all the time, and Nathan Lyon has really got an off-spinner or a faster off-spinner.

Warne further added, “He just needs to develop a faster one or a top-spinner or something that goes the other way to be successful in this form of the game.”

With the ICC World Cup a few months away, Warne says Australia have to take a wicket-taking spinner to England and believes Zampa fits the bill. 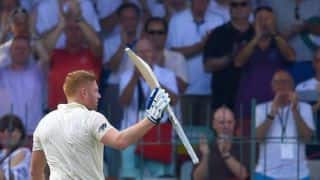 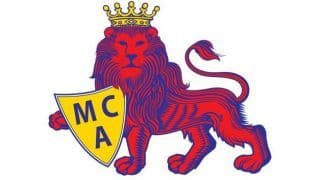