Australian off-spinner Nathan Lyon is moving silently up on the list of his country’s best performed off-spinners following his impressive 5-130 from a marathon 46 overs during South Africa‘s meandering first innings of the second Test at Port Elizabeth, according to the Australian media.

According to News.com.au, during the past century, only Ashley Mallett (132 wickets) and Bruce Yardley (126) have taken more Test scalps, adding the low production of successful off-spinners in Australia highlights how unrewarding the craft is, particularly on hard, true Australian pitches.

However, the report mentioned that the best of his type in more than a generation has still not been enough to convince the selectors that Lyon should be the side’s spinner, adding that his battles have not only been against batsmen with modern, high-powered bats hitting in boundaries but Australia’s unhelpful conditions and the selection panel.

But the report further said that Lyon is fortunate that he has Michael Clarke as a captain who has a feel for using spinners, especially after the slow, low St George’s Park pitch completely neutered Clarke’s usual go to man, Mitchell Johnson, the fastest bowler of the world at the moment. 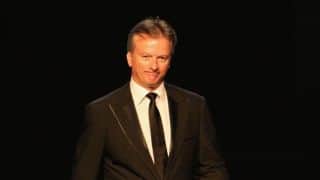