Shah, who was disqualified as an office-bearer as per Lodha panel recommendations, has in a letter to the BCCI made clear of his views over issues relating NCA.

With Board of Control for Cricket in India (BCCI) focusing solely on international cricket in the past few years, domestic infrastructure has taken a hit. Now, National Cricket Academy (NCA) chairman Niranjan Shah has come out in the open and lashed out at BCCI acting secretary Amitabh Choudhary.

Shah, who was disqualified as an office-bearer as per Lodha panel recommendations, has in a letter to the board made clear of his views over issues relating NCA and its working. As reported by Cricbuzz, Shah wrote: “BCCI has intentionally avoided inviting me to chair recent meetings of NCA and some important decisions have been taken in my absence, including appointing Tufan Ghosh as COO.”

Ghosh’s appointment puts in jeopardy Dilip Vengsarkar’s role as NCA director. His letter further states, “I request BCCI to call a meeting of NCA as I, the chairman of NCA, feel that there insurgent need to review some of the decisions taken in recent meetings and also address all pending issues.”

Shah also suggested that the board invites chairperson of various committees and sub-committees to head meetings, including IPL governing body members. 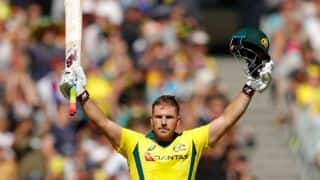 Australia vs England: Aaron Finch ruled out of Adelaide ODI