A disappointed O'Keefe announced his retirement from first-class cricket on Monday after not being given a new contract by his state. Steve O’Keefe has urged cricket authorities in Australia to provide support to spinners, giving them conditions in which they can flourish if they realistically want to win Test series in subcontinent especially in India which he feels is the ‘final frontier’.

A disappointed O’Keefe announced his retirement from first-class cricket on Monday after not being given a new contract by his state New South Wales despite finishing with 16 wickets from five Sheffield Shield matches last season – the most among spinners.

“We have so much talent in this country, spin-bowling depth,” O’Keefe was quoted as saying by ESPNcricinfo “I look across at the top two spinners in each state that I really think there’s so much quality. The problem is that they aren’t being encouraged enough to be given a ball in the first ten overs and being told to win a game of cricket. The conditions haven’t allowed them to express themselves.”

In the latter half of the Australian domestic season, Dukes ball were introduced to prepare players for England conditions which culminated into Ashes retention last year.

O’Keefe, who took 301 wickets from 88 FC matches, says it’s shocking that teams in Australia can win a match without picking a spinner in their eleven, something which is proving detrimental to their chances in subcontinent.

“We promote the Dukes ball,” the 35-year-old said. “In the game at the moment you could pick four quicks and if you had to pick an allrounder you could pick a medium pacer and still do well – you’d win with that team, with no spinner, which to me is a shock. If we really want to win a series in India, which is the final frontier, then we have to start providing [conditions] at home.”

His passionate appeal also stems from the fact that Australia don’t have someone who can take over the baton from the prolific Nathan Lyon. O’Keefe feels spinners like Mitch Swepson, Ashton Agar should be encouraged and promoted to more.

“I do have a lot of strong opinions because I’m so passionate about it. I want to see guys like Swepson, [Ashton] Agar really push Nathan Lyon in that Australian team. He’s the next level but we have to start looking forward to the next generation and I think we can promote it more at home,” he said.

He said the changing the current state of Shield cricket is a ‘matter of urgency’ “When you want to win overseas, spinners are the ones who have to win you games. But go back and have a look at Shield cricket. I’m the leading wicket-taker this year with 16 wickets and played five games. I’ve not had a match winning role in any of the games. When you go to these places, it’s all on your spinners; they have got to be people who are mentally tough and have the skill. It is a matter of urgency, if we are going to win over there to make sure we encourage these guys,” he said.

Of his 88 FC matches, only nine came in Australia colours, the last of which was in 2007. Having announced his retirement, O’Keefe is more than willing to lend a helping hand even in an unofficial role despite admitting he wasn’t the best turner of the ball.

“It doesn’t have to be an official role: I’ve already spoken to a couple of spinners at New South Wales,” he said. “If there’s any spinner out there, anyone willing to pick up the phone and say ‘I’d like to work with you’, I’d tell a 10-year-old the same thing I’d tell a 25 year-old playing cricket. The game in my eyes is that simple; I’m willing to give that time to anyone for nothing. I just love spin bowling and the game of cricket. I think I have a different narrative to tell to a lot of people: I could barely spin a ball, so I have it from a different lens so if people want to hear that then I’d love to do it.” 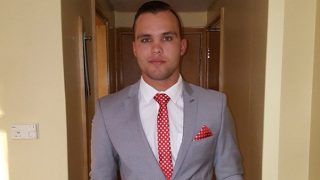