Needed to Prove to Myself That I Am Still Capable of Playing Limited-Overs Cricket: Ravindra Jadeja

Needed to Prove to Myself That I Am Still Capable of Playing Limited-Overs Cricket: Ravindra Jadeja

With India in a tricky spot in chase of 316, Ravindra Jadeja struck an unbeaten 39 to take his team over the line.

With India in a tricky spot in chase of 316, Ravindra Jadeja struck an unbeaten 39 to take his team over the line as they clinched the third ODI and the series against West Indies in Cuttack on Sunday.

West Indies crawled back into the contest with the scalp of captain Virat Kohli in the 47th over. However, Shardul Thakur struck two fours and a six in his unbeaten six-ball 17 in the company for Jadeja to extinguish Windies hopes.

The innings was vital to Jadeja’s confidence too as the allrounder later revealed. In the past, he’s been labelled as a ‘bits and piece’ cricketer but since his return to India’s ODI squad earlier this year, has performed in demanding situation, be it with the ball, bat or his exceptional fielding. “I needed to prove to myself that I am still capable of playing limited-overs cricket. I need not prove to anybody else in the world, just needed to prove to myself,” Jadeja told reporters after India’s four-wicket win.

He continued, “It (his own) was a very crucial innings as it came in a series-decider. The wicket was so good to bat on, we could just played with singles. We just needed to play according to the merit of the ball. I didn’t play too much ODI cricket (this year). I tried and gave my best be it in bowling, batting or fielding whenever I got an opportunity.”

Talking about the conversation he had with his captain when the two were out in the middle, steering India forward, the 31-year-old said, ” Virat and I were going well in the middle and the wicket was good to bat. He said he would look to finish the chase but unfortunately he got out. Then he (Kohli) told me to play normal cricketing shots and not to do something silly, just try to play straight, in the V.”

Throughout the series, India’s catching has turned out to be a major concern and Jadeja accepted it’s an area that has to be addressed. “A lot of catches were dropped in the entire series. Going by our fielding standards, it should not have happened. Under lights and if you have dew, it becomes a problem and in limited overs, dropped catches can cost you the match. It’s a young group and in the next series we will concentrate on catching,” he said. 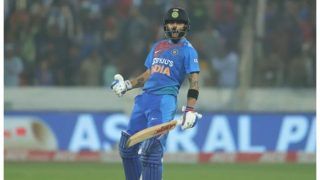 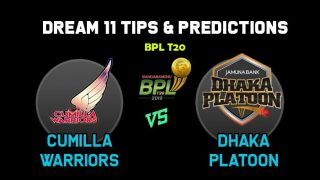