Tendulkar and Khadka met in London, England where the Indian legend was there as an investor for Spartan International, a company based in Australia.

Paras Khadka, one of Nepal’s most famous cricketers recently met former India batting great Sachin Tendulkar. The Nepal captain posed with the master blaster while holding a Nepal team jersey in their hands. They met in London, England. Tendulkar had only a few days ago announced about a new innings of his life as he joined a team which would create a brand new range of cricketing gear and will come out in the market on October 1. He joined Spartan International, a company which has its headquarters in Australia, as an investor and member of the advisory board to provide his unique expertise to enhance the safety of helmets, gloves and leg guards among other sporting gear. READ: Paras Khadka-led Nepal to play MCC at Lord s on July 19

Still limping following his recent knee surgery, the 43-year-old, Tendulkar joked about his new walk when he was asked about his new inning. He said, “A few years ago I was on the other side of the fence. Now I am part of Team Spartan, where I am determined and motivated to give something back to the sport which has given me everything in life. The safety of any individual is important and that is our prime focus. The journey has just begun for a great partnership.” READ: Sachin Tendulkar to launch new cricket gear in October 2016

Meanwhile, Nepal s three-member selection panel announced a few days back that the squad that will play against Marylebone Cricket Club in a historic one-off match in London. The 15-member squad as expected will be led by Khadka. The venue of the match makes it more special as Nepal and the oldest English cricket club, MCC, will play the 50-over match at the iconic Lord s on July 19. Nepal national team are scheduled to depart for Britain on July 11.

The match will also mark the 200-year bilateral relationship between Nepal and the United Kingdom. It will be the first participation of the national team following the suspension of the Cricket Association of Nepal (CAN) by the ICC owing to internal conflicts. Since then ICC has been handling Nepal Cricket since then. 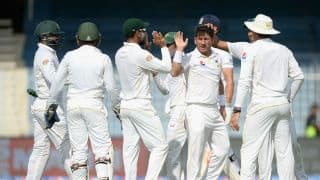