The ICC World Cricket League championship that began on May 2015 will witness the final leg between Hong Kong and Nepal. Hong Kong will take on Nepal for 2 matches on October 13 and 15 at Mission Road in Mong Kok. The good news for all the Nepal fans is: these matches will be live streamed on Hong Kong cricket s YouTube channel. The matches will begin at 09:00 IST and 01:00 GMT. As per the standings, Hong Kong are placed No. 4 with 5 wins and 4 losses off 10 matches played. Meanwhile, Nepal is in desperate need of a win who have won just 4 off their 10 matches.

At the moment, Netherlands, PNG and Scotland rule the table. Netherlands and PNG have won 7 off 10 games. However, the loss ratio between the two teams keeps Netherlands ahead. Considering the recent success of Ireland and Afghanistan who received ODI as well as Test status, Kenya and Nepal were introduced in the championship. The winner of this tournament will play a new challenge series against the lowest ranked Associate team in the official ODI 12-team rankings table (Ireland or Afghanistan). This is to either remain or be promoted into the main 12 team rankings table for the next cycle.

The top four teams of this tournament will also join the lowest ranked four teams from the ICC ODI Championship (as of September 2017) in the 2018 Cricket World Cup Qualifier.

The bottom four teams will be relegated to Division Two and play with the finalists of Division Three for the remaining two spots in the 2018 CWC Qualifier. 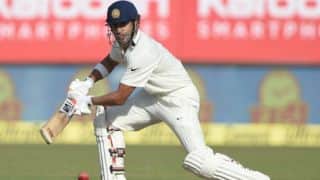 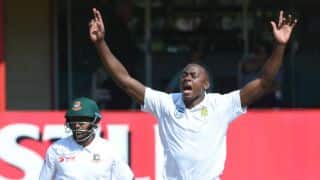