New Zealand take on England in the first Test starting from May 21.

New Zealand are on the verge of starting their tour of England with a convincing win against Somerset at Taunton. The Black Caps reduced Somerset to 142 for six in pursuit of a victory target of 344 on Sunday and will start Monday’s fourth and final day needing just four more wickets for victory.  Bruce Edgar reveals the secret behind his resignation

By contrast Somerset, who have lost all three of their First Division County Championship matches so far this season, require 202 more runs to pull off what would be an improbable victory, with rain seemingly their best hope of salvaging a draw.

James Hildreth (62 not out) and opener Tom Abell (43) have been the only Somerset batsmen to make double figure scores in the second innings so far— and this against a New Zealand attack missing the likes of Tim Southee and Trent Boult because of their Indian Premier League commitments. VIDEO: Mike Hesson urges administrators to give New Zealand longer Test series against England

‘Stand-in’ seamer Ben Wheeler carried on from where he left off in taking five wickets in Somerset’s first innings by having Johann Myburgh lbw for two and the hosts were 37 for two when South Africa born paceman Neil Wagner bowled Tom Cooper for nine. Abell and Hildreth kept New Zealand at bay during a third-wicket partnership of 67 but after the 21-year-old fell to spinner Mark Craig, Somerset’s middle order offered precious little resistance.

Craig also dismissed Jim Allenby (four) before seamer Doug Bracewell dismissed Alex Barrow and Peter Trego for single-figure scores as Somerset lost four wickets for 38 runs. The only real disappointment for New Zealand on Sunday was that Mitchell Santner just missed out on a hundred as the Black Caps took their overnight 149 for three to 310 all out. Jesse Ryder Assault: Two involved handed non-custodial sentences

Santner, a 23-year-old batsman, resumed on 70 not out and was within touching distance of only his third first-class hundred when he was caught off Craig Overton for 94. The Northern Districts left-hander was at the crease for more than three hours and faced 151 balls, with a good proportion of his runs (14 fours and one six) coming in boundaries. Mediocre England have plenty to worry about ahead of New Zealand, Australia series

Somerset’s Tim Groenewald had the satisfaction of taking career-best match figures of nine for 136 following a second-innings haul of five for 65. 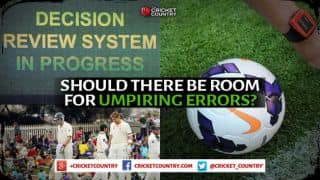 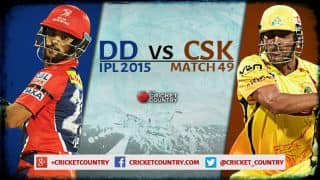