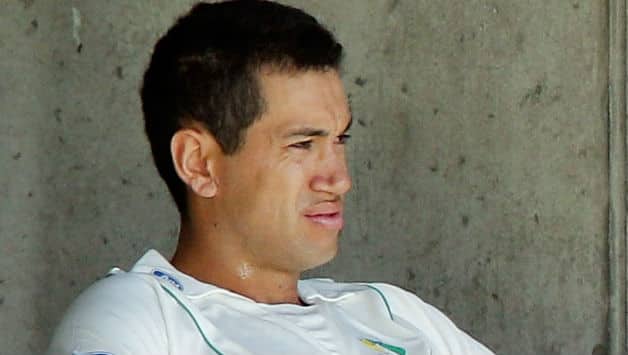 Their meeting took place away from public glare and it was described as a positive one by New Zealand Cricket (NZC), according to ninemsn.com.

Hesson purposely stayed here to meet Taylor, who opted out of the team’s recently concluded tour of South Africa.

“Mike flew in from South Africa and stayed up here so he could catch up with Ross,” said a NZC spokeswoman.

Their meeting happened in the wake of a fallout between Hesson and Taylor after they returned from the tour of Sri Lanka in December.

Taylor had revealed that Hesson asked him to stand down as captain midway through the Sri Lanka tour.

While Hesson said that he wanted to remove Taylor only as captain in the shorter formats of the game, Taylor believed he was told he would be stripped of the Test captaincy as well.

Taylor suggested NZC hadn’t been truthful on the matter and expressed anger at the timing of his ouster.

Subsequently, NZC officials apologised for a breakdown in communication after Taylor pulled out of the South Africa tour with Brendon McCullum named as his successor.

Taylor will now play for New Zealand XI, who take on England in two warm-up T20 games before the squad for three T20 Internationals is announced.

Pujara's exclusion most shocking; Abhishek Nayar among deserving players to be given a raw deal by selectors