New Zealand Cricket chief executive David White is gearing up to fly to India in a bid to confirm an itinerary for their troublesome tour at the start of 2014. 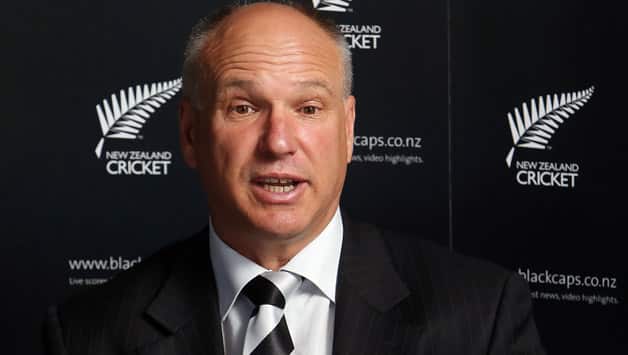 New Zealand Cricket Chief Executive David White is gearing up to fly to India in a bid to confirm an itinerary for their troublesome tour at the start of 2014.

NZC confirmed details of the West Indies’ six-week tour on Sunday, which includes the first One-Day International (ODI) for Nelson’s Saxton Oval on January 4. However, India’s subsequent tour to New Zealand is proving to be a problem as the former are hesitant to fulfil their obligations under Future Tours Programme.

White has rued the lack of communication from the Board of Control for Cricket in India (BCCI) but remained confident that the tour would go ahead.

“I’m trying to contact India on a daily basis and it’s a frustrating exercise. We’ve got commercial obligations and partners and venues we need to confirm with,” White said, as reported by stuff.co.nz

“It’s obviously a challenge for them with the pressures their current administration is under [due to investigations into corruption in the Indian Premier League]. It may be that I have to get on a plane in the next few days to try and resolve it.”

According to the FTP, India is scheduled to play three Tests, five ODIs and one T20 in New Zealand in February-March. However, BCCI had requested for a shortened tour so they could feature in the Asia Cup in February.

White has agreed to a shortened tour, which will include two Tests, two ODIs and two T20s.