Debbie Hockley is one of the finest cricketers to have played. She played for New Zealand in between 1979 to 2000.

Hamilton’s Chris Higgens has set up an abusive online petition against New Zealand Cricket (NZC) President Debbie Hockley to have her removed from the Sky Cricket commentary team. The petition, initiated on change.org, has been signed by over 450 people, where she is even threatened with physical violence. The supporters of the petitioner have used rather unparliamentary vocabulary about her, from “a joke”, to “a stupid bimbo” to a “c**t”.

The petition reads: “Debbie Hockley should be removed from the commentary box because she has no idea what she’s talking about. I listened to her talking about how Alistair Cook getting caught down the leg side was terrific bowling by Trent Boult and just ”poor batting by Cook. Like are you actually taking the piss? That ball was an absolute pie and if anything should of gone for six. I can’t handle this stupidity anymore. There must thousands of people more qualified to commentate test cricket than her.”

A supporter also claimed that she is a racist. Hockley joined the Sky commentary box in late 2017. She made her debut in New Zealand’s second Test against the West Indies last December. She made an embarrassing racist joke on air, comparing the complexion of a coloured spectator to Serena Williams’s. She later issued an apology.

Sky and NZC slamminmed the petition as “misinformed, misguided, and misogynist”. Richard Boock from New Zealand Cricket was quoted by New Zealand Herald as saying, “New Zealand Cricket has adopted an inclusivity policy which aims to confront inappropriate barriers, practices, and attitudes and to ensure everyone is treated with respect regardless of gender, ethnicity, sexual orientation or religion. “The comments made on the petition justify New Zealand Cricket’s push for more gender diversity in the game.” Boock added that Hockley didn’t want to dignify the petition with a comment from her or NZC. 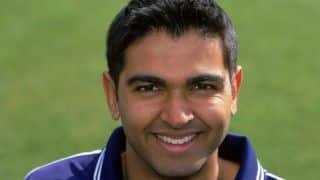