NZC have reportedly supported the ICC's supposed 'takeover' by the BCCI, CA and ECB.

New Zealand Cricket (NZC) has reportedly been slammed for apparently supporting a proposed ”takeover” of the International Cricket Council (ICC) by India, Australia and England.

Although speculations are rife that NZC may lose millions of dollars after details of the takeover plan, which would put control of the ICC in the hands of the three nations, however the board gave a strong impression it supported the revolution, reported Stuff.co.nz.

NZC issued a statement under the name of high-profile board member Martin Snedden, saying that New Zealand would not be ”disadvantaged” or the Black Caps ”downgraded” under any ”changes that are currently proposed”.

However, the report mentioned that the NZC statement seemed to be designed to quash speculation that the team would be relegated to a second tier of Test cricketing nations who would rarely play the big three or host them on tours at home, with NZC Players Association slamming the plan as ”scheming” by the three countries.

The body’s president Heath Mills and former Test cricketer John Morrison criticised the deal, with Mills admitting concern about the developments, and said that the three countries are scheming to put a new system in place to control the game.

Stating that the three countries will get other teams over the line by throwing them some smaller increases in revenue, Mills also said that the scenario might end up in a situation where the three biggest countries play each other more than other countries.

Morrison agreed and said the restructuring of the ICC restructure was potentially ”sad and dangerous” for New Zealand and could still turn the country into a ”second division” cricketing nation, adding that he is concerned NZC has a ”beneficiary mentality”. 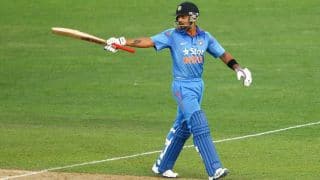