All set to return from a self-imposed exile, New Zealand batsman Jesse Ryder is getting ready to represent his IPL franchisee, Pune Warriors in the upcoming edition of the tournament, which commences on April 4 in Chennai. 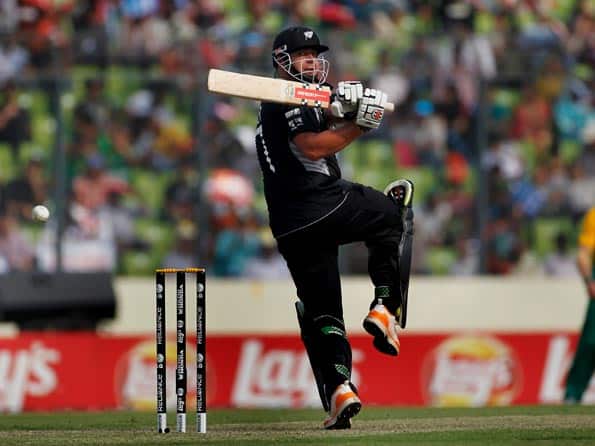 All set to return from a self-imposed exile, New Zealand batsman Jesse Ryder is getting ready to represent his IPL franchisee, Pune Warriors in the upcoming edition of the tournament, which commences on April 4 in Chennai.

The left-hander, who had taken an indefinite break from cricket to resolve his alcohol-related problems, will be supported by his manager Aaron Klee and clinical psychologist Karen Nimmo on his trip to India.

“Jesse has been making steady progress over the past few weeks. While the IPL has clear challenges, and is a big step, I believe he’s ready to take it,” Nimmo said.

“Cricket is Jesse’s job and what he’s good at, so I was keen to see him return to the game as soon as practical, but only with the right structures in place,” he said.

Earlier this month Klee in a statement had revealed that the cricketer has pulled out of Wellington’s squad for their Plunket Shield match against Northern Districts and had not decided on his return to the competitive cricket.

The announcement came a week after Ryder was dropped from the New Zealand squad for the third ODI against South Africa for breaking the team protocol, which restricts a player from consuming alcohol while rehabilitating from an injury.

The 24-year-old was also left out of the Test series that followed the three-match ODI rubber.

After losing to South Africa in the second ODI at Napier, Ryder along with Doug Bracewell went to a hotel and were found in a verbal duel with a patron there.

“Team protocols dictate that players who are rehabilitating from injury should not consume alcohol and unfortunately both players went to a Napier hotel following the conclusion of the match,” New Zealand Cricket (NZC) had said in a release.

“Also, while at the hotel both players verbally reacted to taunts from a member for the public,” the release added.

The incident was the latest addition to Ryder’s indiscretions, which has always found him in the headlines for the wrong reasons.

Meanwhile, Klee said Ryder was going to try his best to overcome the issue.

“Karen is travelling to India the day after Jesse and will continue her work with him there while I’ll be going over a little later to carry that work on,” Klee said.

“The franchise has been wonderful and Jesse is desperate to perform on and off the field, and get his career back on track,” he added.

Ryder’s inclusion in the team will be a big boost for the Sourav Ganguly led side, which has been left a bit depleted in the aftermath of Yuvraj Singh’s absence from the cricket field due to a rare germ cell cancer.

NZC chief executive David White supported Ryder’s move to be a part of the cash-rich league.

“It’s really positive that Jesse has reached the point where he is ready to play competitive cricket again,” he said. (PTI)