The first Test between Pakistan and New Zealand at Christchurch is however scheduled to go on as scheduled.

A Plunkett Shield match between Wellington and Central Districts in Wellington has been called off after regular aftershocks due to the earthquake, which struck the nation couple of days back. New Zealand Cricket (NZC) has said that the players were sleep deprived and therefore are not in any condition to play this match. Pakistan s only tour match against New Zealand A was also called off due to the earthquake. But the first Test will go on as planned. It is understood that the Pakistan players have been evacuated to a safe place at the wake of a Tsunami warning. Pakistan are scheduled to take on New Zealand in the first of two Tests at Christchurch, beginning on Thursday.

“Although the Basin Reserve has been assessed as safe by structural engineers, and the match has been given the go-ahead by local authorities, New Zealand Cricket has decided proceeding with the game would be unfair on the players involved,” the board said, according to espncricinfo.com.The NZC are looking at a possibility of playing the match over the next week or so. The Pakistan Women team were in Christchurch and the men s team were in Nelson when the earthquake occurred. The Pakistan Women will play a match against New Zealand Women, again on Thursday and that match too is expected to go on as per schedule.

Christchurch is no stranger to earthquakes. The nation just about seems to have recovered from the previous time the calamity struck. This time however, the magnitude of the earthquake was recorded to be 7.5 on the Richter Scale. 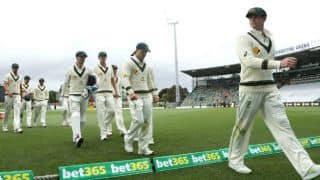 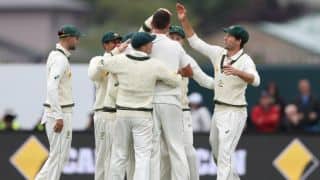