New Zealand pacer Kyle Jamieson delivered a top performance returning figures of 6 for 7 in Super Smash T20 while turning out for Canterbury against Auckland on Tuesday.

New Zealand pacer Kyle Jamieson delivered a top performance returning figures of 6 for 7 in Super Smash T20 while turning out for Canterbury against Auckland on Tuesday.

The 24-year-old’s bowling figures read 4-0-7-6 as he claimed six wickets across two spells to crush Auckland’s batting lineup. He struck in his very first over with the scalp of SM Solia for 1. His second over saw three more wickets tumbling including a run out that left Auckland struggling at 25/4 in five overs.

After another tight over in which Jamieson allowed just a single that ended his first spell that lasted three overs resulting in three wickets.

Auckland managed to recover to reach 92/6 in 17 overs when Jamieson returned for his fourth and final over. He ran through the tail picking three wickets in it to finish with the best ever figures by a New Zealand bowler in T20s.

Auckland folded for 110 and Caterbury chased down the target in 17.4 overs with middle-order batsman Cole McConchie top-scoring with an unbeaten 47.

The 24-year-old overtook Ish Sodhi who held the New Zealand record when he claimed 6/11 during a Big Bash League match in 2017.

Arul Suppiah of Somerset holds the all-time T20 record with 6/5 in 2011 while Bangladesh allrounder Shakib Al Hasan has the second-best figures with 6/6 for Barbados Tridents during Caribbean Premier League 2013. 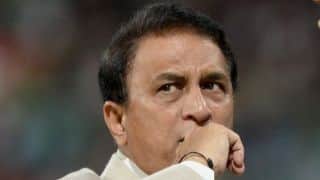