Former all-rounder Chris Cairns feels New Zealand must remain hostile to the touring Indian team by preparing seaming tracks for the coming Test series but has backed the off-field support that the New Zealand Cricket (NZC)  has offered to the Board of Control for Cricket in India (BCCI) in a controversial International Cricket Council (ICC) revamp plan.

In his column for a sports website, Cairns said New Zealand have astonished one and all by thrashing Indian 4-0 in the recently-concluded five-match One-Day International (ODI) series.

“Predicting a four-nil result against an Indian team that was the best in the world when they hit our shores in January would have been seen by some as grounds for declaring you certifiably insane,” Cairns wrote in a column published on stuff.co.nz.

“So to have achieved this, the New Zealand team has shown me not what I thought would occur just yet, but what I thought they were capable of all along. Results previously were not aligned to their talent,” he said.

“This group of men are learning and performing at a remarkable rate.”

Cairns said New Zealand can build on the positives of the ODI series by taking the home advantage in the two Tests, starting February 6 in Auckland.

“Two test matches are what we now turn our attention to.”

“The players have shown their desire and courage on the field during the ODI series and it’s now time for New Zealand Cricket to show the players they are on the same page by producing wickets that will seam,” he said.

“It is not about producing the pitches of 2002-03, they were too green bordering on the ridiculous, but they must place the Indian batsmen under pressure and give our team the advantage,” he added.

However, Cairns did caution that a seaming track would be also liked by the Indian pace attack which will be led by veteran Zaheer Khan.

Zaheer is an exceptional bowler and will have to be watched on seaming pitches, as will Mohammed Shami. I think it is going to be a fascinating Test series if the national body allows it to be,” Cairns said.

“It will be disappointing on so many fronts if we have featherbed pitches. Results are needed to lift New Zealand off the bottom of the world rankings and this team can produce wins if they are given the right platform to achieve this,” he explained.

On to off-field matters and Cairns supported NZC’s support to a proposed ICC revamp which would cede executive decision-making to India, Australia and England.

“There has been much written about the winds of change in cricket. Some have written that these winds are hurricane force and will cripple cricket forever. I must say I have looked at it from the angle that it is not about jumping in to bed with India but more akin to asking India to jump in to everyone else’s bed,” he reasoned.

Cairns felt the restructuring would benefit New Zealand and be a recognition of India’s revenue-generating ability.

“I believe NZC board member Martin Snedden’s strategy to show his hand with no delay by aligning with the so-called ‘big three’ was the smart play. There is no other sport in the world where one entity derives eighty percent of the global income,” he said.

“In one swoop they could crush many cricket boards if they decided to exile themselves for three years. Their market is self sustainable. Many others are not. It’s a fact, like it or not. I have no agenda here and with what I am going through currently with ICC, they are certainly not my favourite organisation.

“But New Zealand’s Alan Isaac, the ICC president, has got it spot on as well as the administrators of England and Australia…The naysayers seem to be in the majority but time will reveal them to be wrong. This is a good thing for the global game,” he added. 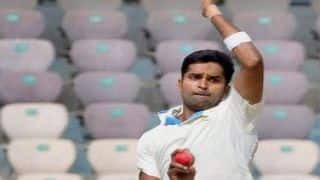 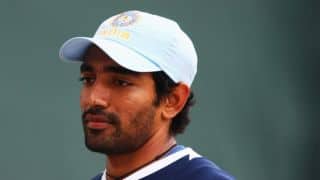