Barbados was chosen over Guyana as WICB and government to reach an agreement.

The Kensington Oval at Bridgetown in Barbados, will host the third Test in the upcoming series between West Indies and New Zealand. The match was pulled out of the National Stadium at Providence in Guyana over the weekend after the failure of the West Indies Cricket Board (WICB) and government to reach agreement over the controversial Cricket Administration Bill.

According to the WICB, the bill “thrusts the administration of cricket in Guyana from an independent body to the government of Guyana”, reports CMC. Government interference in cricket bodies is frowned on by cricket’s world governing body, the International Cricket Council.

The Test match will be played over the same dates, June 26-30. “The WICB thanks the Barbados Cricket Association and the Barbados government for their commitment in ensuring that the match is successfully hosted following the rescheduling,” a WICB statement said Monday.

“The Test will be a bonus for cricket fans in Barbados who witnessed three enthralling Twenty20 Internationals [T20Is] between the West Indies and England in March this year.”

The opening Test begins at Sabina Park, Jamaica from June 8-12 with the second Test scheduled for Queen’s Park Oval in Trinidad and Tobago from June 16-20. 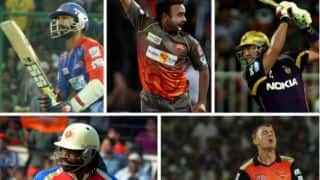 IPL 2014: Chris Gayle, Dale Steyn among flops of the season 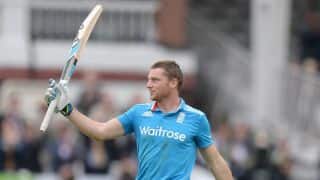