Williamson praised his entire unit for their clinical show following their innings victory against Bangladesh.

As New Zealand inflicted a heavy inning defeat on Bangladesh to race to a 1-0 lead, skipper Kane Williamson praised the entire unit for its clinical show. New Zealand dominated three of the four day of the Hamilton Test, and the only period where they looked a little out of it was when Bangladesh captain Mahmudullah and Soumya Sarkar stitched a 235-run partnership for the fifth wicket. (READ: We took the “easier option” in first innings: Mahmudullah)

On an unresponsive surface, New Zealand had a toil for almost 55 overs before the new ball did the trick for them, getting Sarkar out for 149, which opened the gates for Trent Boult s five-wicket-haul before Bangladesh were bowled out for 429. (READ: Boult swings New Zealand to innings win over Bangladesh)

“To get the breakthrough, when it came with the second new ball, it was a long time coming,” Williamson said. “We had to very patient and it was great that we could open up an end from that point on.

“It was a brilliant performance from us. In the first innings, I thought the way we adapted [well] to the surface when we thought it would offer a bit more to our seamers. It was really hard for us to adapt on a surface that wasn’t offering much to the seam bowlers or the spin bowlers.”

The way Sarkar and Mahmudullah batted reminded New Zealand of the defiant partnership between Angelo Mathews and Kusal Mendis in Wellington in December, where the two batsmen batted the entire fourth day to put on a record 274-run stand and fashioned a momentous rescue for Sri Lanka.

“I suppose the Bangladesh side were a lot more aggressive [compared to Sri Lanka in December], which meant they were clearly scoring very, very quickly. As a bowling unit, you’re hoping that might provide an opportunity,” Williamson said. “There was some brilliant batting. If we reflected back to the Sri Lanka game, there was also some fantastic batting when we weren’t able to get any opportunities.” 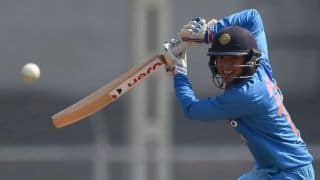