On their fifth tour, Bangladesh are still in search for a win across any format in New Zealand.

Set with a modest, 233-run target, time was right for the New Zealand batsmen to spend some time in the middle. Guptill, returning from injury, shrugged off a string of poor scores to notch up his 15th ODI century as the hosts chased down the target with 39 balls remaining. His 116-ball stay at the crease was studded with eight boundaries and four hits over the fence in what a stunning display of stroke-play.

Opening the innings with Henry Nicholls, the duo forged 103 before Nicholls was cleaned up by Mehidy Hasan for 53. Skipper Kane Williamson was trapped lbw and walked back after a brief 22-ball 11. Ross Taylor (45*) and Guptill then ensured the Kiwis suffered no more casualties as they comfortable cruised to victory.

Bangladesh used as many as seven bowlers in their arsenal, but failed to find the breakthrough. After opting to bat, Mohammad Mithun, who top scored with 62 off 90, was the only batsman who could resist the potent bowling attack with the others departed without any significant contributions. In the end, Mohammad Saifuddin s 41 ensured the visitors cross the 200-run mark.

It was tough. We were struggling with the bat, lost too many wickets at the start. They bowled well but we lost too many. There are no excuses, Bangladesh captain Mashrafe Mortaza said at the post-match presentation ceremony.

On their fifth tour, Bangladesh are still in search for a win across any format in New Zealand. The second of the three-match series will be held at Christchurch on February 16.

We need a week to adjust to the conditions, but I don’t want to make any excuses. We will give our best in the next game. I think batting is a concern, but at the same time the bowling also needs some work. We did not bowl badly today but 232 is hard to defend, Mortaza explained. 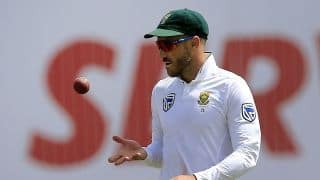 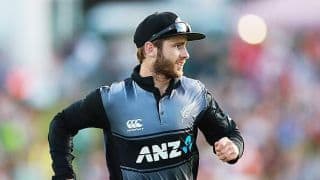